Mötley Crüe drummer Tommy Lee is so sick and tired of fans asking him for pictures. How sick and tired? Enough to go on a huge rant on the band’s Facebook page. 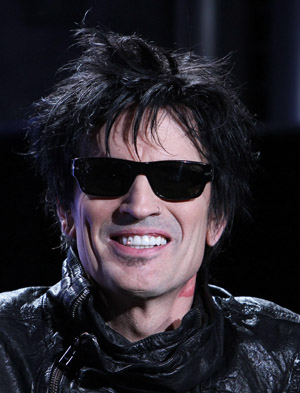 Oh, this is so cute: Mötley Crüe drummer Tommy Lee still thinks he’s so famous and important. The former husband of Pamela Anderson took to Facebook on June 28 to basically tell his fans to shove off — he doesn’t want to take any more photos with the randoms that pay for his music and come to his shows.

“I hate it! Irritates the f**k out of me when people say…you owe it to your fans, they put you where you are, etc etc! I certainly dont owe anybody anything!” Lee wrote on the band’s Facebook page late last week.

“When I bought all my Led Zeppelin records and concert tickets I didn’t say ‘one day these f****rs are gonna owe me a picture’ It’s the least they can do for me!” Lee added. “wtf people? You dont admire something so that it can give back… You just cherish it! …I’m not here to take pictures with you, I’m here to entertain you!”

And the best part: “Nobody put me where I am but ME!”

Oh, lord — where do we start? Obviously the money he spends on ugly tattoos and questionable women just randomly rained down on him from god, right? It certainly wasn’t from the fans.

The post got a mixed reaction from the band’s followers, ranging from pure outrage to typical brown nosing.

“The tenor of what he’s saying is don’t be a penis — you’re not talking to a fan-satisfaction machine, you’re talking to a human being who is typically ‘off-duty’ in these situations,” one fan wrote.

“Musicians really don’t owe you anything — not even music. It’s great that you bought the album (you did buy it, didn’t you?)”

Well, yeah — fans did buy the music. Hopefully they stop now, too. Then he’ll start wondering why no one wants to take a photo with him. Plus, a photo takes like one minute, tops — what are you doing that’s so important, Tommy?

Tell us: Does Tommy Lee have a point, or is he just being a self-important d-bag?