Andrew Garfield has his work cut out for him. He made waves this week, when he debuted as everyone’s favorite wall crawler in The Amazing Spider-Man. And there’s more where that came from. He’ll appear in not one, but two more films. 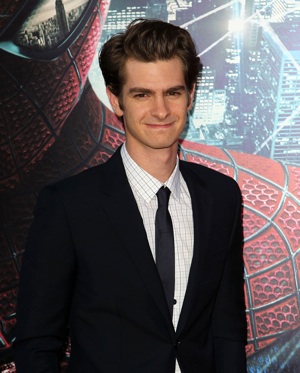 The Amazing Spider-Man debuted in theaters July 3, one day before the biggest holiday of the summer. The new Spider-Man broke the record for the highest-grossing Tuesday with $35 million. That title was previously held by 2007’s Transformers, which earned $27.9 million.

On Monday, prior to its blockbuster release, Sony confirmed (via The Amazing Spider-Man’s Facebook page) that the film was the first of three entries.

“It’s finally here! The Amazing Spider-Man is the first installment in a movie trilogy that will explore how our fave hero’s journey was shaped by the disappearance of his parents.”

Did Spider-Man have an amazing midnight opening? >>

In an interview with SuperHeroHype, producers Matt Tolmach and Avi Arad explained that there’s much more story to tell. They believe the Spider-Man mythology has enough material to fill a trilogy and beyond. They’re already thinking of new villains for Spidey to battle, including the Sinister Six.

SHH: Do you feel like you need to stay away from some of the villains that have appeared in the Sam Raimi movies? Or can you redefine them within the context of this new Spider-Man??

Arad: Well, not really. There are so many ways to paint these villains, all of them. As you know, one of the great sagas in the Spider-Man universe is of course the Sinister Six. I think Avengers did okay the last time I looked.?

Tolmach: It’s going to be okay.?

SHH: So are you suggesting you’re going to do five Spider-Man movies introducing each villain and then the sixth movie will have the Sinister Six??

Arad: It all depends on the stories that one wants to tell, because Spider-Man is really more a depth kind of a story, we have to be careful how many villains we can service, because a relationship with a villain has to be such that it’s a story on his own. We attempted to do multiple villains–you’ve been there–you just need screen time to do it.

For those who don’t know, the Sinister Six is a villainous supergroup led by Doctor Octopus. The original lineup consisted of him, Vulture, Electro, Kraven the Hunter, Mysterio and Sandman.

Are you excited for more Spider-Man movies?