The singer’s sound system was in the overturned truck, but there hasn’t been news her show tonight has been canceled. But her August show in Russia could already be facing problems. 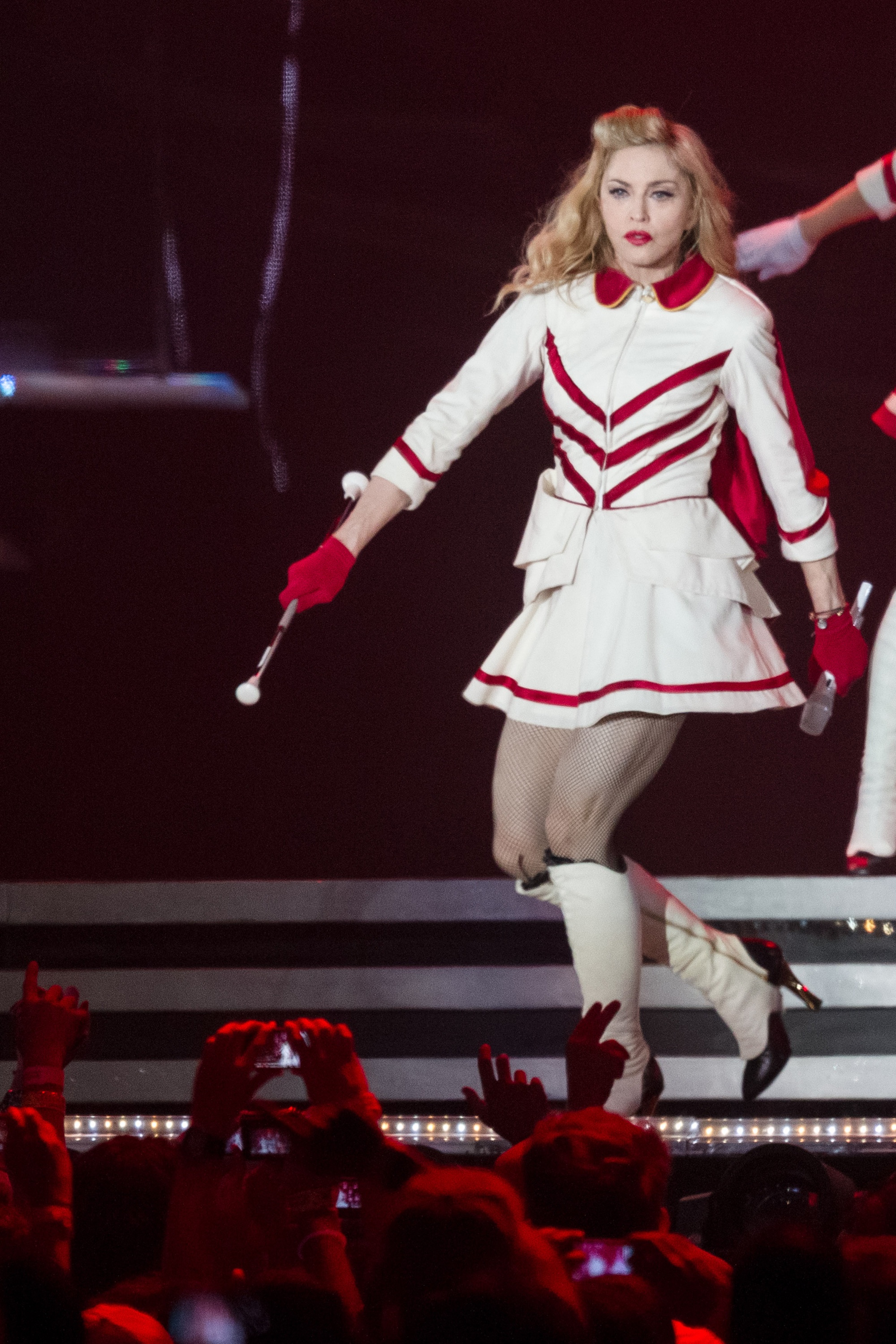 Madonna’s tour ran into a slight roadblock today in Sweden. Or, maybe a large roadblock.

A truck carrying her sound system overturned on a Swedish highway. The Associated Press reported that the crash happened in southwest Sweden and ended up blocking parts of the highway.

“Police say it is not clear what caused the truck to suddenly flip onto its side while driving toward Goteborg on Tuesday morning sliding across several lanes and blocking rush hour traffic,” said the Associated Press.

The officers on scene said that one person was injured in the crash and three vehicles were damaged.

Madonna’s tour is currently on a European tour which wraps up Aug. 21 in France. She is supposed to perform tonight in Goteberg, Sweden. There has not been any word if the crash will affect the show.

This is not the first problem the tour has encountered. Just yesterday, a Russian lawmaker sent out a message to the singer warning her to stay in line during her Aug. 9 show in St. Petersburg.

“We are warning the organizers of her concert to make it as decent as possible. Otherwise we will use the harsh laws against them. I heard that during the concerts of this tour she has taken off her pants. We do not need that here,” ABC News reports that City Councilman Milanov said.

Milanov’s comments did not come out of the blue. Earlier this year, he proposed a “gay-gag rule,” which would prohibit “mentioning homosexuality around minors,” said ABC. Madonna had already said she would be speaking out about it while she was in the country, which caused Milanov’s comments.

ABC News reports that homosexuality was considered a mental disorder in Russia until 1999.

Madonna’s tour heads back to North America at the end of August and wraps up in South America in December.