She’s young, beautiful, successful — and single. Read on to find out why actress Mila Kunis is flying solo these days. 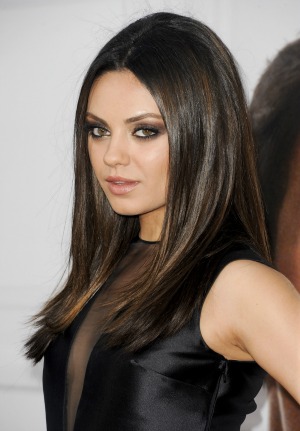 Want a date with Mila Kunis? All you have to do is ask — because nobody else will.

Kunis says that despite her stunning looks and career success it is nearly impossible for her to meet a man.

“Is a guy going to come up to me and ask if he can take me out on a date? Where can I go and have this date? I can’t go anywhere! My house, his house… So what do you do?” she explained to Elle UK.

“I’m trying to be like a normal girl and a single girl… but the concept of being single and in my position is just not workable. I couldn’t even go on a date if I wanted to!”

Despite being tied to both Justin Timberlake and her former That 70’s Show co-star Ashton Kutcher, Kunis insists she is currently single after ending an eight-year relationship with Macaulay Culkin — a relationship that she said helped define who she is today.

She takes those life experiences and shapes them into fabulous little onscreen moments, especially while filming her beloved comedies.

“You have to poke fun at yourself in real life, so why not do it onscreen while you’re at it? I’ll always be the first to laugh at myself,” she said.

“I know there is a small, weird group of people who don’t like women being crude, but they really do need to get over that. Even after a film like Bridesmaids, which I loved, a lot of men still don’t see women as funny. Now that’s f***ed up.”

Read the complete interview with Mila Kunis in the August issue of Elle UK. Can’t find it on the newsstand? Check out a behind-the-scenes look at her cover shoot at Elle.com.uk.