Chely Wright is happy she came out as gay to fans in 2010, but that doesn’t mean her honesty didn’t come with a price. In the wake of Anderson Cooper and other celebrities admitting they’re gay, the country singer shares a cautionary tale. 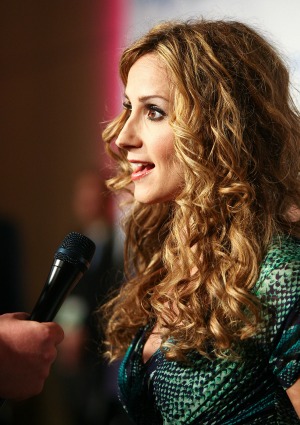 Chely Wright‘s gay admission was a proud moment in the singer’s life, yet also one that cost her fans and her relationship with her mother. In reaction to Anderson Cooper coming out of the closet, the crooner reflects on her roller coaster experience two full years after making honesty priority number one.

Writing for CNN, Chely Wright shared Tuesday, “I’m happy about Anderson (coming out) and that he didn’t allow himself to be a whisper. It’s inspiring.”

Echoing the concerns of Anderson Cooper’s friend, Kathy Griffin, Chely Wright went on to detail the negative side of her experience coming out, writing:

I had steeled myself as best I could for negative fallout. I had a feeling that some tour dates would be cancelled and records would not be sold.

From the day that I officially came out, on May 4, 2010, many people that had been fans aren’t anymore. My mother did not take it well at all and we don’t speak, and that was a cost.

Many people are very misinformed about people like me. I am a Christian. I don’t drink, I don’t do drugs. People had it in their head that there is no one gay in country music.

The 41-year-old went on to say her motive for coming out two years ago was to “challenge the stereotypes,” and share this message regarding the future of acceptance: “Change and equality only happens when people stand up and identify. No civil rights movement has ever been progressed on a whisper.”

Are you surprised to hear Chely Wright lost fans and family after coming out?