The Ursula the sea witch we know resembles a purple-hued Jabba the Hut. No more. Disney is unveiling a new Ursula for its Disney Villains Designer collection. She’s supposed to be an improvement over the old model. Not everyone’s buying. 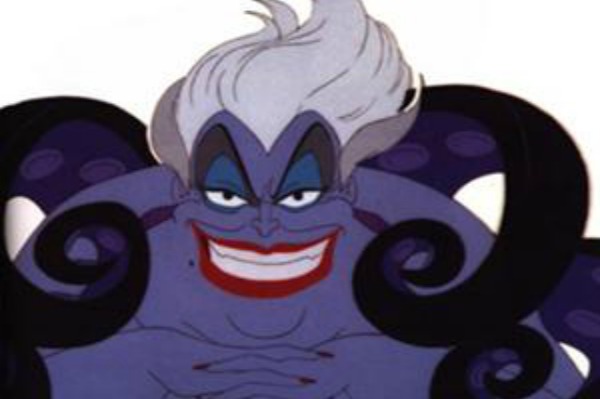 You’ll remember The Little Mermaid villain as one of the few female Disney characters whose body size actually matched her larger-than-life personality.

But the new Ursula has been forgoing the Fourth of July treats, apparently. And, perhaps, food in general….

The company’s collection of dolls, bags, nail polish, notebooks and other items will feature a shrunken Ursula, and her trim sisters in Disney crime, including: Sleeping Beauty’s Maleficent (not the Angie Jo version), Cruella de Vil of 101 Dalmatians and the Evil Queen from Snow White. 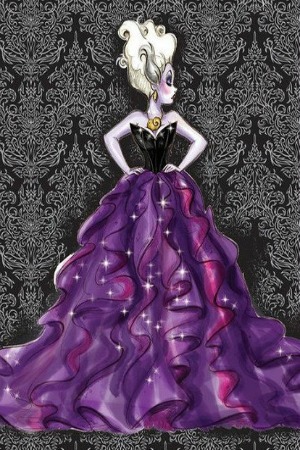 Bloggers criticized the refashioning of the sinister sea witch into an unrecognizable character as “evil.”

Some mourned that Disney is equating being skinny with being of-the-moment, modern — an update.

Some also mourned the loss of an opportunity for Disney to demonstrate a range of different body types, by way of Ursula 1.0.

Even Psychology Today weighed in.

Rethinking a Disney character from the ’80s?

The “ultra-skinny Disney characters are a bad role model” appears to have played out, so the professional publication offered a different take.

The author mourns the death of Ursula as the ultra-powerful sea witch we once knew.

It contends the sinister queen of the undersea could have “easily altered her appearance, but instead chose to focus her energies on achieving her objectives.

“To turn Ursula into a more aesthetically pleasing cosmetics model is to completely ignore the savvy, entrepreneurial sea witch we all know and love and fear,” the author writes. “What has not been adequately addressed is how this extreme makeover glorifies the beautiful and makes the exterior more noteworthy than one’s accomplishments.

“Ursula was once a strong, independent, goal-oriented woman who stood out among a sea of beauty-obsessed female villains.”

The article was met with what you might expect — the “Hip, Hip Hooray” for a focus on Ursula’s inner qualities, not just her outer looks — as vengeful and conniving as the evil sea queen may have been.

But at least one response was more surprising: “So is your point that a morbidly obese Ursula would somehow be a healthier role-model to young girls? The decision to use Ursula at all is sort of confusing to me because it doesn’t seem like either option — the ridiculously fat and hideous original Ursula or the mysteriously slimmed down and made-over new Ursula — are really ideal choices for a toy line.”

Methinks the reader has a point.

What do you think of Ursula’s new look?