The creators of The Amazing Spider-Man felt it was important to stay true to the Marvel comic for their new movie. 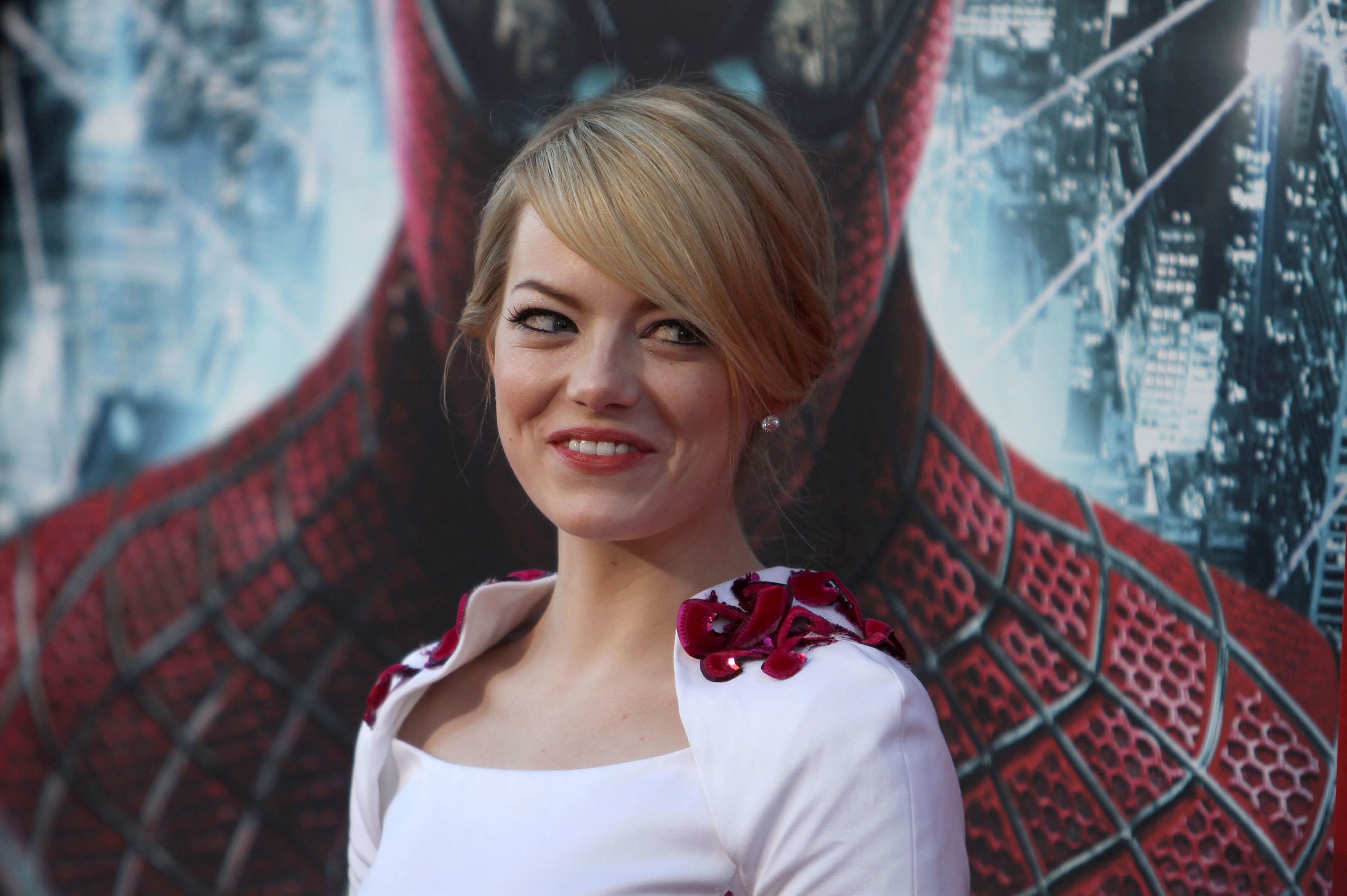 The Amazing Spider-Man opened Tuesday at midnight to an easy $7.5 million at the box office.

But star Emma Stone wasn’t always as confident as the character she plays in the film.

Stone spoke with MTV about how she had to match her look to that of Peter Parker’s comic book interest, Gwen Stacy.

“Obviously I’m not as voluptuous or buxom as Gwen in the comic books,” she told MTV News. “It was kind of a little bit more brought down to earth.”

The film’s creators felt it was important to stay true to the character’s looks.

“I had seen a lot of Gwen,” The signature red-head said. “Kym Barrett, the costume designer, I think was really trying to stay true to that, but bring that kind of cartoonish element into it.”

The creators felt it was important that this version of the superhero more closely resembled the original comic book. Stone even refers to producer Avi Arad as the “gatekeeper of Marvel,” reports MTV.

“Stone also commented on Gwen’s recognizable blonde hairstyle that her character dons in the film, describing the black headband and ponytail as ‘classic Gwen,’” said MTV. She said Arad was always very happy when she was wearing this on set, since it was the hairdo Gwen Stacy would commonly wear in the comic book.

The $7.5 million earned by the film last night is similar to that of another film that is related in name only.

“According to distributor Sony Pictures, that matches the amount that Spider-Man 3 took in from its first midnight screenings in 2007 on the way to what was then a record $151.1 million opening weekend,” said the Huffington Post.

But they also mention opening days have gotten bigger since then, citing the $43.5 million box office midnight opening of the Harry Potter finale. However, the Huffington Post continues by saying experts expect around $120 million for the six-day opening weekend for The Amazing Spider-Man.