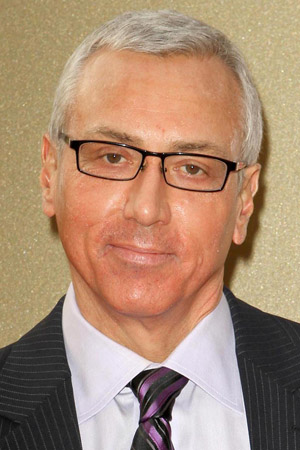 Dr. Drew Pinsky is known for his work in getting people — particularly celebrities — off of drugs, but he was allegedly involved in drug peddling over a decade ago. Pharmaceutical company GlaxoSmithKline just settled a nearly $3 billion-dollar settlement after the federal government found they acted criminally in marketing popular antidepressants Wellbutrin SR and Paxil for off-label use.

Most surprisingly: Dr. Drew was in on it. The celebrity doctor reportedly received $275,000 over two months in 1999 to promote the positive sexual side effects of Wellbutrin “in settings where it did not appear that Dr. Pinsky was speaking for GSK.”

One example: He told a female caller on his former radio show, Loveline, that it was common to have multiple orgasms with the medication.

“Oh yeah,” he replied when the caller asked if it was possible. “For some women. What I think she was amazed about was it just suddenly started and that kind of thing most typically happens from medication, frankly.”

He added that many doctors prescribe the specific pill for libido problems.

“It actually is the one we advocate, one of the things we suggest people do if they’re getting a decrease in their libido or decrease in their arousal which typically occurs in the serotonin re-uptake inhibitor medication,” he added.

Doctors do prescribe medication for off-label use, but it’s not technically legal to do so. Plus, it’s not really ethical for a doctor — or any other professional — to publicly tout something for pay. Then again, Dr. Drew routinely breaks medical ethics by declaring that certain celebrities — that aren’t his patients — have medical disorders or diseases.

Pinsky commented on the allegations in an email to the Wall Street Journal.

“In the late ’90s I was hired to participate in a two-year initiative discussing intimacy and depression which was funded by an educational grant by Glaxo Wellcome,” he wrote, adding that the campaign “included town hall meetings, writings and multimedia activities in conjunction with [a] patient advocacy group.”

“My comments were consistent with my clinical experience.”

Do you think Dr. Drew only talked about Wellbutrin because he was paid to do it?