It’s his birthday, his wife is divorcing him and the new trailer for his action thriller hits the market. Only in Hollywood can one man have such an exciting life. 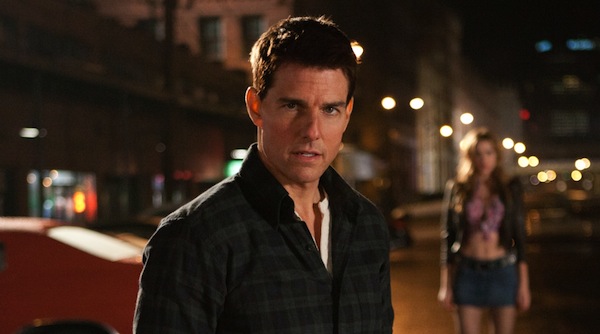 Based on the best-selling book One Shot by Lee Child, Jack Reacher stars Tom Cruise as the ex-cop turned drifter who stumbles upon a shooting that killed five people.

Vigilante justice as its best

The trailer shows very little of Cruise, although we do get to see him driving off in his orange muscle car by the end of the less-than-two minute preview for the much-anticipated thriller due out this holiday season. Audiences get a sense that Jack Reacher is not a man to be messed with.

Is Cruise right for the part?

In the book, the character of Jack Reacher is described as being a 6-foot-5, 250 pound giant. When cast for the part of this mammoth ex-cop, Cruise was criticized for his 5-foot-7 height. But hey, do you remember The Graduate? It’s another book-to-screen adaptation with a wildcard in casting. A short Jewish actor named Dustin Hoffman pulled off a bronze Californian who has an affair with his parents’ friend, and that movie was a huge success.

Despite the recent focus in the media on Cruise’s personal life (unless you’ve been living under a rock, you know his wife Katie Holmes filed for divorce on Friday and asked for sole custody of their daughter Suri), Cruise is known for his strong work ethic. The hot shot actor who also turned 50 Tuesday is one who always seems to make it happen.

Why did Tom Cruise and Katie Holmes split? >>

What do you think about Tom Cruise as Jack Reacher?