R. Kelly was feeling trapped in the closet of a loveless marriage when the Ryan Gosling and Rachel McAdams romance The Notebook inspired him to believe in himself and fly away. 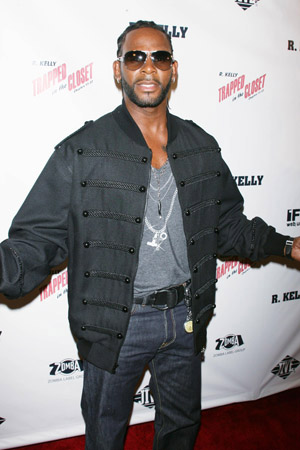 Man, we just love R. Kelly. The “Trapped in the Closet” singer is either blissfully unaware of what he says, or he just doesn’t care. Whatever the reason, we hope he never stops giving us his hilarious truth. The latest? Kelly reveals in his new autobiography, Soulacoaster: The Diary of Me, that the 2004 adaptation of Nicholas Sparks’ The Notebook inspired him to divorce his wife of 12 years, Andrea Kelly.

Say what? Yes, you read that correctly.

“As the film credits started to roll, I couldn’t move,” Kelly writes in the book. “I burst into tears. People walking past me patted me on the back, trying to console me. The Notebook was beautiful, and I was crying because its hero and heroine had died together.”

It’s true! R. Kelly adding to Trapped in the Closet >>

We all cried during that part, but Kelly said it made him realize something.

“But I was also crying because I remembered a Valentine’s Day — when a helicopter dropped a rainfall of roses — that had come and gone … My marriage had died. And there was nothing I could do to bring it back.”

So, so heartbreaking — we’d divorce for Ryan Gosling too, Kelly. Except Andrea says it’s not true.

“[The movie] came out in 2004 and we saw it together. Our divorce wasn’t finalized until 2009 so it’s impossible that the movie could have been the reason for our relationship ending,” she told TMZ on Tuesday. “We had been separated for 6 years at that point! The movie definitely did not end our relationship!

We wonder which movie inspired him to pursue teenage girls for sex? Allegedly, of course.