On the Today Show this morning, Star Jones says: Forget about all that high and mighty stuff Anderson Cooper wrote about in his coming out email. You know, all the stuff about speaking out and standing up as a public figure for all those kids out there who are bullied for being gay, etc. etc.? 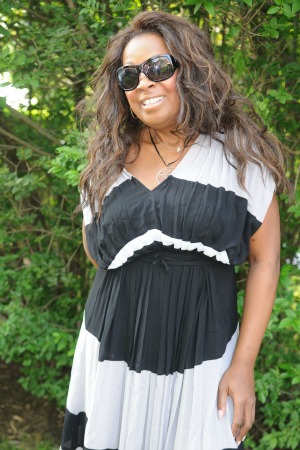 Instead, the former View chatterbox and Today Show regular claims Anderson Cooper came out for the ratings!

The morning after the veteran CNN journalist’s coming out email went viral, Star Jones said live, on air, for the world to hear:  “When the ratings slip in daytime, the hosts tend to tell you lots of things about them.”

“I’m a bit of a cynic,” she continues, citing Oprah as an example. “(She) said she smoked crack, Oprah said that she was pregnant at 14 and considered suicide.”

“There are times that you generate information for ratings,” Jones concluded.

Oh, that’s it after all.

I get it now. After decades of silence, Anderson was motivated to come out to save the sinking ship that is Anderson Cooper 360.

This contentious statement was helped along by fellow “Today’s Professionals” panelist Donny Deutsch.

The former host of CNBC’s The Big Idea with Donny Deutsch said, even though Cooper may not have intended a ratings surge by way of emerging from the closet,  “the reality is, more people will tune into his show today.”

Who knows? Maybe the only reason Star is even saying this is to make herself more relevant. Perhaps that whole Celebrity Apprentice stint wasn’t enough for her.

Regardless of Star’s motivations, Twitter’s going buzzy with her comments. Star is probably bursting at the seams over the volume of tweets with her name on them.

It’s possible that she ascribes to the Kris Jenner school of celebrity: Publicity is publicity.

In that vein, tweets ranged from the sarcastic: “Is Star Jones giving Anderson Cooper a lecture on doing things disingenuously for publicity?#PotAndKettle.”

Amen to that. Star, we haven’t forgotten that whole never-ending saga of weight gain and weight loss and “Did she or did she not get gastric bypass?” drama!

Other tweets were more obviously biting: “Please, someone, fetch me some garlic and a wood stake.”

But the most common tweet was along the lines of: “Did Star just say… ?!”

But Cooper’s motivations, documented in that now-viral email, were a lot more noble and, ahem, made a lot more sense than Star’s conspiracy theory.

“I did not address my sexual orientation in the memoir I wrote several years ago because it was a book focused on war, disasters, loss and survival,” Cooper writes. “I didn’t set out to write about other aspects of my life.

“Recently, however, I’ve begun to consider whether the unintended outcomes of maintaining my privacy outweigh personal and professional principle,” he added. “It’s become clear to me that by remaining silent on certain aspects of my personal life for so long, I have given some the mistaken impression that I am trying to hide something — something that makes me uncomfortable, ashamed or even afraid. This is distressing because it is simply not true.”

Just how “full of it” is Star? Do her comments have any merit?