Hate him (or love him?), Miami-born music artist Pitbull may be shipped off to a remote Alaskan island. And you can help send him there. 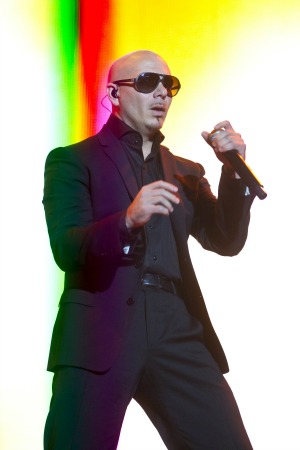 Rapper Pitbull may be living his own Exile Island, thanks to a writer with The Boston Phoenix newspaper.

The 31-year-old, who often talks and sings about his upbringing in Miami, may be headed for a destination that’s worlds apart from the hot, hot heat and action of South Florida.

The writer with aforementioned paper thought it would be hilarious to send Pitbull (real name: Armando Christian Pérez) to Kodiak, Alaska.

Don’t know Kodiak, aside from maybe the famous bears that, well, bear that name?

Kodiak’s actually an island off the coast of Alaska.

The island’s so remote all commercial goods from the “outside world” must be shipped in either via ferry or plane.

A perfect place to send an artist that you hate!

But Pitbull wouldn’t be going just anywhere on Kodiak. He’d be headed for the Walmart there — in fact, what’s considered the “most remote” Walmart store.

The writer’s suggestion has turned into a full-blown campaign and contest between Walmart stores to ship the artist off.

As of Tuesday morning, the Kodiak Walmart page had nearly 43,000 likes.

One of Pitbull’s hometown stores (now that wouldn’t be very fun, would it?) had a lot of catching up to do — with fewer than 600 likes as of early Tuesday.

#ExilePitbull was also trending, and is worthy of read for gems like this: “Nothing made me happier today than finding out people are trying to send Pitbull to Alaska. God that guy sucks. Count me in!”

Even people who like Pitbull want to see him here, and none more so than fans in remote Kodiak.

One girl tweeted the city’s zip, 99615, and did a little begging:  “Please send pitbull here.”

From the looks of it, she just may get her wish!

But Pitbull better bring his jacket. Though it’s summer, Kodiak’s temp didn’t even reach 50 degrees Tuesday morning. Miami, on the other hand, was about 40 degrees warmer.