With an impending divorce, it looks like Katie Holmes is having the last laugh. She showed up for a guest judge appearance on Project Runway: All-Stars just four days after filing for divorce. 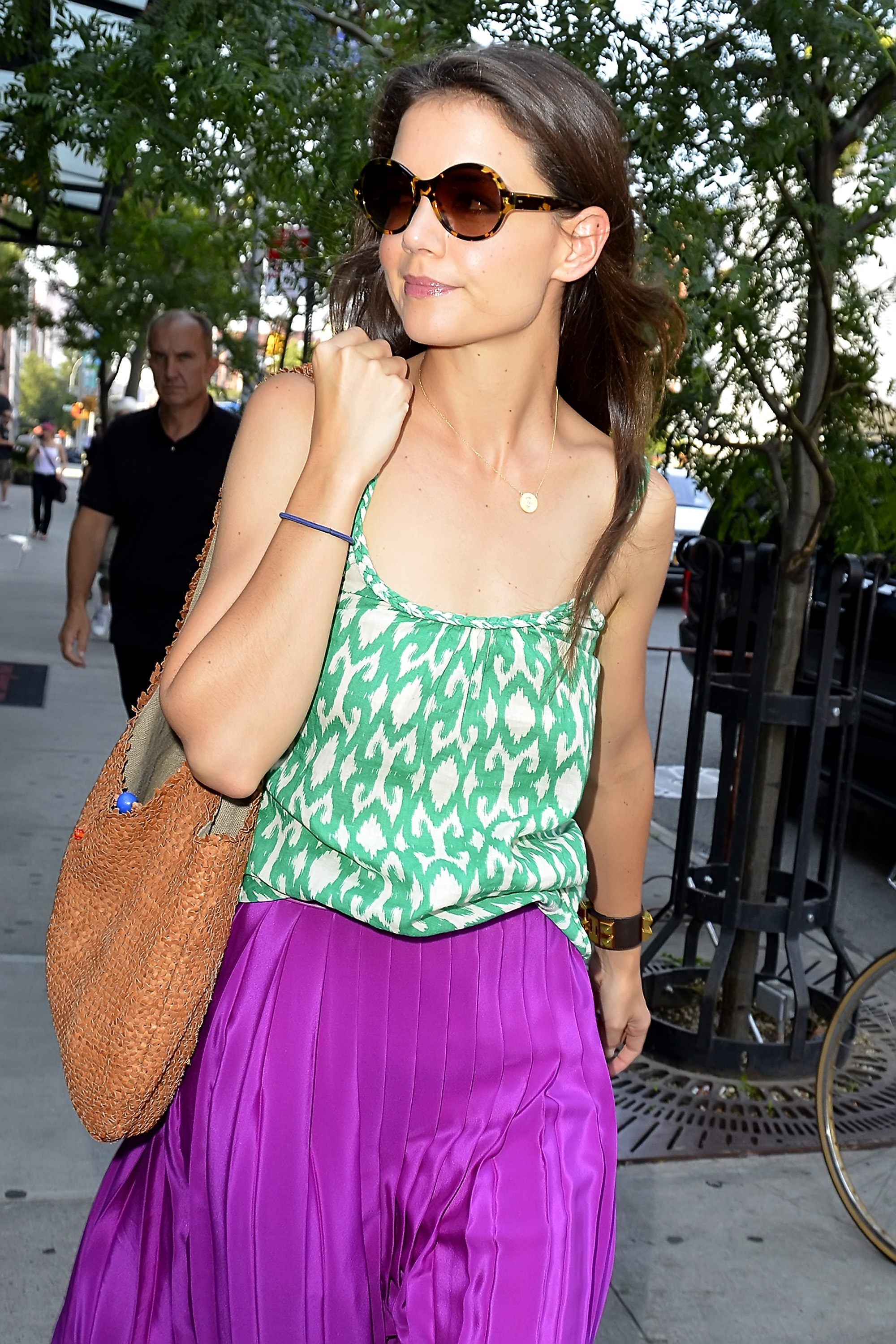 For Katie Holmes, her divorce filing seems to be very weirdly timed.

Not only is future ex-husband Tom Cruise celebrating his 50th birthday tomorrow, but she had previously scheduled an appearance on Project Runway: All Stars, for today.

According to People, Holmes did show up to the shoot for the Lifetime competition show.

Designer Isaac Mizrahi told People that not only did she show up, but that she did a great job as a guest judge.

“She was engaged, articulate and wonderful!” a source told People.

According to MSNBC, Holmes spent six hours this morning filming the show, which is set at Parsons School of Design in New York City.

The timing for the show comes just four days after filing for divorce from Cruise, her husband of five years.

“The actress allegedly feared that Cruise would send the little girl away for training in the Church of Scientology’s Sea Organization, where children begin a lifelong commitment to the religion,” said MSNBC.com.

Holmes also split from her publicist and returned to her pre-TomKat publicist.

“Actress Katie Holmes has left her publicist at Slate PR and has signed with BWR Public Relations,” a statement from her new rep said, according to MTV. “Following the announcement of her divorce from Tom Cruise, she is now represented by Leslie Sloane in the New York office and Nanci Ryder in Los Angeles. Katie is set to star alongside Chace Crawford in the upcoming film Responsible Adults which starts filming later this year.”

Cruise is in Iceland, and had previously said he’d like to spend his 50th birthday hiking around the country with his wife and daughter. It looks like he may be spending his birthday hiking alone.