We’re used to our beefy action hero actors breaking bones… not tickling funny bones. Out-of-character forays into comedy and family friendly fun often flop at the box office, but — as Mark Wahlberg proves in Ted — they can also be surprising smashes. Here’s a nod to our favorite action guys gone funny who are laughing all the way to the bank. 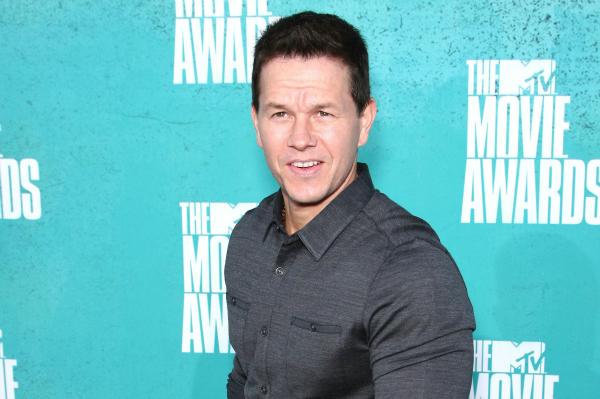 In Mark Wahlberg’s new sleeper hit, Ted — the brainchild of Family Guy creator Seth MacFarlane — Wahlberg’s childhood character wishes his teddy bear, Ted, could come to life. Well, he does… and then never leaves. Rather, he becomes Wahlberg’s boozy, bad-mouthed buddy bear. The role is definitely a departure for Wahlberg who, before Ted was breaking box office records, was breaking faces in movies like Contraband, The Fighter, Shooter and Max Payne. As a matter of fact, since his disturbing turn as Reese Witherspoon’s cute yet totally psychotic boyfriend in Fear (total creeper alert!), Wahlberg has been one of the go-to guys in Hollywood for brooding machismo. 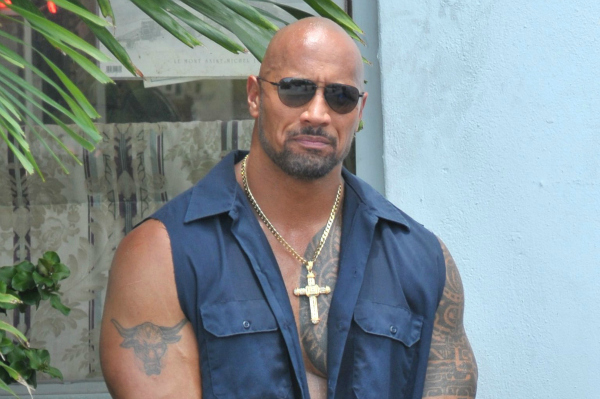 Can you smell what The Rock is cooking? Who knew when Dwayne Johnson posed this question as a larger than life wrestling persona that the answer was actually a white-hot career? Even with such a silly tagline, “The Rock” managed to move from the wrestling ring into the arena of high-action blockbusters such as Doom and The Scorpion King. He threw us all for a loop, though, when he took a break from filming fight scenes to focus instead on family fare. OMG, remember The Tooth Fairy?? We were starting to think he sold his brawny soul to Disney. Thankfully — that lapse in judgment aside — he hasn’t lost his gritty intensity. He’s up next in The Fast and the Furious 6 and G.I. Joe: Retaliation. 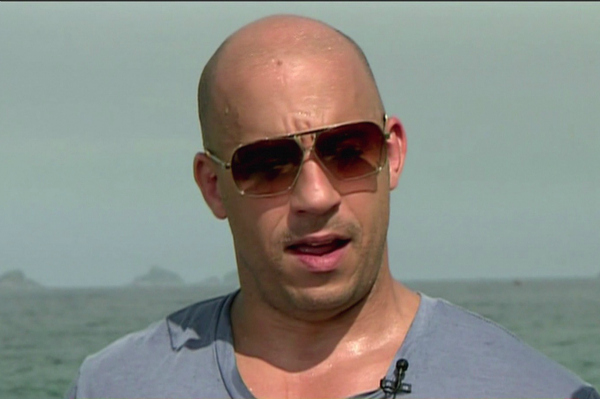 Known for his signature bald dome and husky voice, Vin Diesel has lent his bada** appeal to many manly movies, including xXx, A Man Apart and Babylon AD. Most notably, he amped up the testosterone in both The Fast and the Furious and the Riddick franchises. So, what compelled him to take on The Pacifier? His most impressive feat in that flick was diaper dexterity — not exactly the hard-core shenanigans we’ve come to expect from the hard-bodied star. He’s been low profile the past few years, so here’s hoping that sharing screentime with The Rock in The Fast and the Furious 6 harkens a return to Diesel’s rough-and-tumble roots. 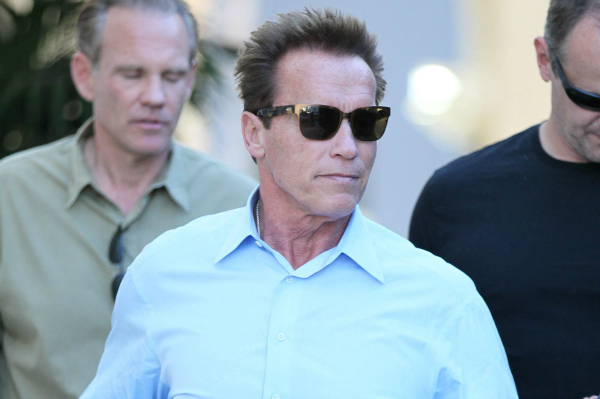 Who could ever forget Arnold Schwarzenegger’s iconic role as a cyborg assassin in the Terminator films? Or his raw manliness as Conan? California’s ex-govvie also played up his pumped-up physique in high-octane hits such as Collateral Damage and True Lies. It seemed strange, then, when he occasionally threw in the funny family film — think Kindergarten Cop, Jingle All the Way and Junior. Following a lengthy stint in politics, it appeared Schwarzenegger might have hung up his action star hat and abandoned all manner of movies for good. But when he said he’d be back, he wasn’t joking. The “Governator” returns to the big screen in all his action-packed glory for The Expendables 2 (coming soon!), along with four more action flicks slated for release in 2013.