Naomi Watts plays Princess Diana in the upcoming biopic Caught in Flight. And while we had our doubts, this first shot of the actress in camera has completely changed our mind.

Related story Why Was the Game of Thrones Prequel Starring Naomi Watts Cancelled by HBO? 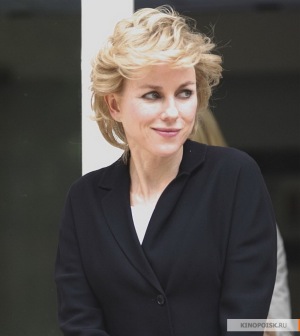 Wow. Any doubts you might have had about King Kong and 21 Grams starlet Naomi Watts playing the late Princess Diana in a planned biopic likely will be wiped away by this image, the first official look at the actress in character.

The film, titled Caught in Flight, was announced earlier this year. Directed by Oliver Hirschbiegel from a Stephen Jeffreys screenplay, the movie will focus on Diana’s love affair with heart surgeon Dr. Hasnat Kahn. The princess’s lover will be played by Naveen Andrews, best known for playing the assassin Sayid in the hit ABC drama Lost.

Movies like this sound, on the surface, like Oscar bait. And there are multiple Princess Diana movies in the works. They’ll arrive in theaters on the heels of a controversial documentary Unlawful Killing, which played the film festival circuit in 2011 and tried to explain away the Royal’s untimely demise as a conspiracy set up by the Queen. Unbelievable.

We unfortunately don’t know much else about Caught in Flight yet, as the film is just now shooting. But based on this first image of Watts on set, it’s absolutely off on a very strong foot because she looks extremely similar to Diana.

Watts also brings Oscar-caliber skills to the role. The Ring star was nominated for 21 Grams, and also appeared in the critically acclaimed Mulholland Dr. and Eastern Promises.