Gigi Levangie Grazer is best known as the author of the hit novel The Starter Wife, which was developed into a miniseries starring Debra Messing and Stephen Moyer. Now, Grazer is back with her latest novel about the harsh realities of being a widow in Los Angeles. 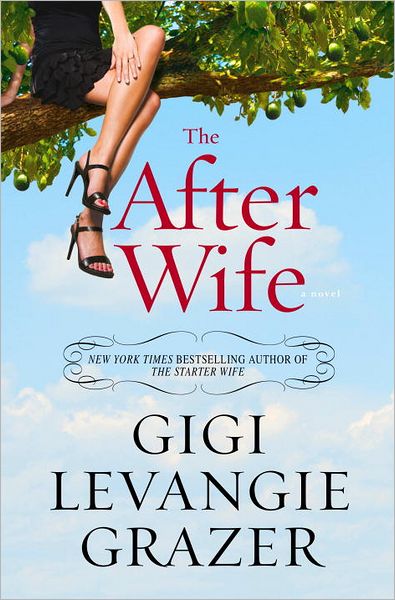 Gigi Levangie Grazer is not only a celebrated women’s fiction author, but she was married to Brian Grazer, who has produced many hit Hollywood films, including Apollo 13 and Angels and Demons. In fact, Gigi wrote the screenplay for the movie Stepmom, starring Susan Sarandon, Ed Harris and Julia Roberts, based on her own experiences with Brian Grazer’s children. But Gigi is not just the ex-wife of someone famous — she deserves recognition in her own right for her novels that capture the essence of being a woman in the metropolis of Los Angeles. Her fifth novel, The After Wife, is sure to please her fans, as well as bring her a whole new set of readers.

Hannah Bernal never expected to be a widow, much less at the tender age of 44, but that’s the difficult situation she finds herself in after her beloved husband, John, dies. Hannah is left alone to care for their beautiful three-year-old daughter, Ellie. Luckily, Hannah has a steady job as a producer and doesn’t have to worry about providing for her small family now that John is gone. But Hannah doesn’t want to provide for her family, or even be a mother. She’s completely destroyed by John’s death — he was her life, and she doesn’t know how to pick up and go on without him.

Emotionally, Hannah is an absolute wreck, but luckily she has friends to support her when she needs them most. Her best friends, Chloe, Aimee and Jay, are there to look out for Hannah and make sure she gets out of bed in the mornings. They worry about her lack of interest in anything and fear that she’s falling into a deep depression. Hannah feels like she is coping just fine — that is, until she is fired from her job. All of a sudden, Hannah is in danger of losing everything, and she can’t seem to pull it together.

Chloe, Aimee and Jay must band together to bring their friend back and make her realize the gravity of her situation. Hannah must rise above her difficult circumstances and her grief in order to be a mother to Ellie and to make sure they aren’t kicked out of their house, but will Hannah be able to do that if it appears she’s slowly losing her mind?