Chris Zylka is moving from one supernatural show to another. The up-and-comer just snagged a plum role on FX’s American Horror Story. The actor confirmed that he’ll appear on the second season, which premieres in October. 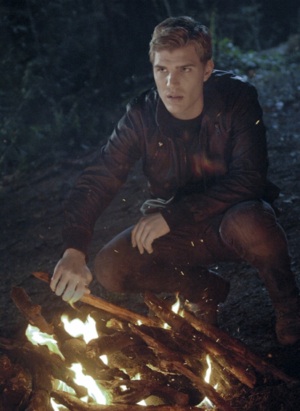 Are you still reeling from The Secret Circle‘s cancelation? If so, you’ll see one of the show’s familiar faces again this fall. Chris Zylka, who played Jake on the defunct drama, has joined the cast of FX’s American Horror Story.

The Secret Circle: Chris Zylka on magic and mayhem >>

Thursday night, Zylka broke the news to Entertainment Weekly, officially letting the cat out of the bag.

“Ryan Murphy, thank God, let me finally announce tonight that I will be a cast member on the second season of American Horror Story,” said Zylka. “It is a thrill, an honor, a challenge.”

The actor is blown away by the opportunities he’s been afforded over the past few years. Aside from The Secret Circle, he appears in this summer’s The Amazing Spider-Man alongside Andrew Garfield and Emma Stone.

“Honestly, it was as big a thrill to book that show as it was to get a part in The Amazing Spider-Man. I cannot believe I will get to be in the same room as Jessica Lange, let alone work with her. I am a lucky, lucky guy. I, of course, cannot tell you who or what I am playing or anything about the story yet. Ryan only gave me the okay to say I was in the show. I’m not going to do anything to jeopardize that.”

Details surrounding season two of the horror anthology are being kept under wraps. But the site claims Zylka’s character will be Daniel, a deaf-mute who’s described as the “Most Beautiful Boy in the World.”