Tom Cruise and Katie Holmes are divorcing after five years of marriage, the couple announced today. What caused the shocking split? 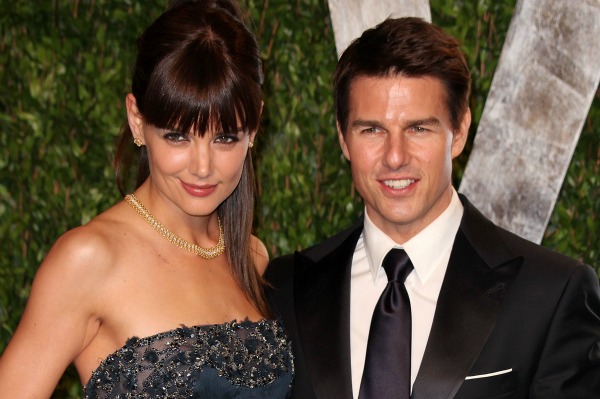 “This is a personal and private matter for Katie and her family,” Holmes’s attorney Jonathan Wolfe told People. “Katie’s primary concern remains, as it always has been, her daughter’s best interest.”

Cruise and Holmes got engaged in the summer of 2005 after a very public whirlwind romance that left many feeling it was all a publicity stunt. Their pregnancy was announced a short time later.

Their daughter, Suri, was born in April 2006. The couple wed in a lavish ceremony in an Italian castle in November 2006.

Since then, their relationship has constantly been scrutinized for its sincerity — or lack thereof. Rumors swirled that Cruise held casting calls for the real-life role of his wife and that Holmes won the contract.

The Buzz – Tom Cruise & Katie Holmes Divorcing: Contract’s Up!
After five, probably painfully long years, Katie Holmes has filed for divorce from husband, Tom Cruise. Is it because their rumored contract is up?

Is that contract now up at the five-year mark?

The pair had been seen together publicly less and less often in recent months, although Holmes is frequently spotted out and about in New York City with Suri, now 6 years old.

Cruise is currently in Iceland filming Oblivion. His latest flick Rock of Ages bombed at the box office — a failure that could have put more pressure on an already struggling marriage.

Tell us: Why do you think Tom and Katie threw in the towel on their marriage?