Kelly Osbourne admits that her recent emotional breakdown on a flight was partly because she was drinking. Find out what she thinks about booze — and whether or not she’ll keep doing it. 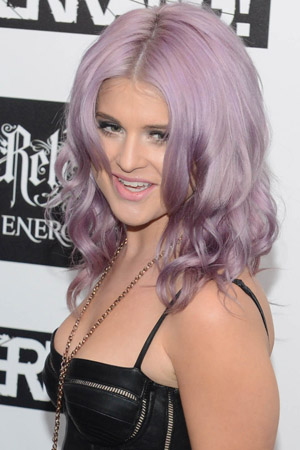 Kelly Osbourne is an addict. We can all recognize that — even she isn’t afraid to admit it, but that doesn’t mean she won’t still drink when she feels the urge. Still, she says her recent drunken breakdown on a flight made her a hypocrite.

“People always want you to be the pretty little perfect girl next door and I have never been that, so I don’t understand why people have always tried to make me that,” the E! Fashion Police star told RadarOnline this week. “I don’t want to be perfect, and I don’t want to be the prettiest girl in the room. I want to be able to express my emotions whenever I feel like it and not be judged for it.”

Osbourne made tongues wag earlier this week when news broke that she devolved into a blubbering mess when a man asked her about brother Jack Osbourne’s multiple sclerosis diagnosis.

“I got drunk on the plane to Atlanta,” she admitted. “It was on an empty stomach, and before I got on the plane a gentleman came up to me and asked me how my brother was doing and told me about his brother having MS and directed me towards a website.”

It’s not like it was the first time she’d heard about her brother’s illness — it sounds like someone else mentioning the disease is what set her off.

Kelly Osbourne is a klutz >>

“It wasn’t even intentional either. I thought that I had already cried my way through it. I realized it was the first time I was away from my family since we found out, the first time I wasn’t right next to somebody I had to keep my chin up for and I just lost it,” she added.

Yeah, we’d probably down a cocktail or two after that, though it’s a slippery slope for someone with an admitted problem with drugs and alcohol. Still, Osbourne doesn’t see the problem.

“If in any way my life appeared unmanageable, if I wasn’t showing up to work, I seemed depressed, I was not a professional then I would say yes, my life is unmanageable,” she said. “I’m 27. I still want to have fun. I don’t believe in denying myself the life I want to live. I have to pay for the mistakes I make and I understand that.”

Will it lead to more problems? Let’s hope not, but Osbourne recognizes that it could if she doesn’t keep herself in check.

“I do believe alcohol is a gateway drug. I am a hypocrite for drinking, I’m not lying.”

Do you think Kelly Osbourne should drink at all? Why or why not?