Oxygen’s new series “I’m Having Their Baby” provides viewers with a look at the adoption experience by chronicling birth mothers as they face the decision whether or not to place their children with another family.

Related story Will Reality Dating Shows Ever Be a Safe Place For Disabled People to Find Love?
The birth mother’s perspective 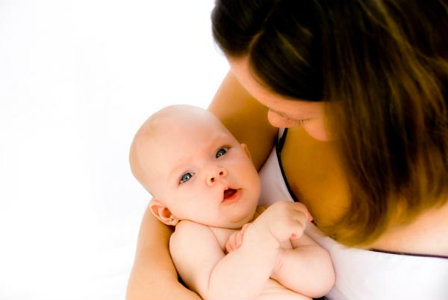 We often see stories of adoption from the point of view of the adoptive parents or the adoptees, but there’s a third party to every adoption — the birth mother.

Oxygen Media recently announced the premiere of its newest docu-series I’m Having Their Baby on Monday, July 23, at 11PM ET/PT. The series aims to provide viewers with a sneak peek into the adoption process by capturing the often untold stories of birth mothers as each one is faced with the difficult decision to place her baby for adoption.

Each hour-long episode chronicles the heart-wrenching, powerful stories of two birth mothers struggling with unplanned pregnancies as they decide whether to place their babies in the hands of another family.

I’m Having Their Baby preview

Get a sneak peek into I’m Having Their Baby in the video below and visit Oxygen.com to learn more about the show — or share your story if you are a birth mother going through something similar.

The adoption triad — the three-sided relationship between the birth parents, adoptive parents and adoptees — is often difficult. Though adoptions can benefit all parties and be a very beautiful experience, they also can be extremely challenging. While most private domestic adoptions were closed in decades gone by, nowadays, the trend is toward open adoption. Open adoption can provide birth mothers who are not ready, willing or able to parent with the opportunity to get to know and select a family for their child. This process can make the incredibly difficult decision a little easier for the birth mother as she knows that she’s leaving her baby in loving, capable hands and that she may be able to maintain some sort of relationship with the child (and the adoptive family) in the future.

Two babies and no pregnancy for Jillian Michaels
Adoption photos: The moment I became a mom
The realities of adopting from foster care