Ali Fedotowsky on Keeping Up With the Kardashians? Apparently she wants it to happen: The former reality star tried to hook up with Rob earlier this month. Will we see her on the show? Don’t hold your breath. 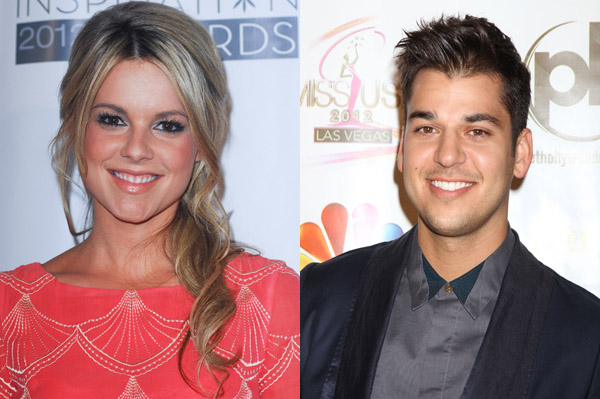 Ali Fedotowsky is single and ready to mingle — and she’s got her eye on another reality star: Rob Kardashian! Sources say the former Bachelorette star honed in on Boy Kardashian during Miss USA pageant weekend earlier this month.

“Ali’s goal all weekend was to hook up with Rob, and she kept telling friends it would happen,” a source told US Weekly.

Unfortunately, it wasn’t to be: Rob wanted nothing to do with Roberto Martinez’s former fiancée and “never showed interest.” The likely reason? He already has a girlfriend: Singer (and Rihanna look-alike) Rita Ora. They’ve been dating since 2011.

We’ve reached out to Fedotowsky’s rep to get more to this story.

Our take: She’s trying to find another high-profile romance now that Martinez is rumored to be the next Bachelor. Sources say the sexy Martinez has all but signed on for the show.

“He wants a deal near what Emily (Maynard) asked for, around $750,000,” an ABC source told US Weekly. “But the network will give him pretty much anything.”

Fedotowsky isn’t happy with the idea.

“Ali is dying for him not to do it,” the source added. “She feels it’s a slap in the face.”

Ali Fedotowsky: We both deserved more >>

Maybe because she still likes watching the show? No one wants to watch her ex play tongue tango with new girls on national television.

“I definitely still have Bachelor viewing parties with my girlfriends with wine and food,” Fedotowsky told SheKnows in May. “I watch the show in different light now that I’ve been through it, but I do enjoy watching it still.”

However, the pretty blonde told us that she’s not ready for dating yet, but she wouldn’t say no if it happened.

“I’m not quite ready (to date again),” she said. “But I would say, if I happen to stumble upon someone, I wouldn’t shy away. I’m definitely open to finding love again. Maybe when I’m traveling (for new show 1st Look), I’ll meet someone on the road.”

Good idea, Ali: Just stay away from those Kardashians — they don’t exactly have good track records when it comes to relationships.