Steve Harvey isn’t done teaching us about men and relationships. The hit comedy Think Like a Man, which was inspired by his advice book, has spawned a sequel. Ladies, it’s time to laugh and cry all over again. 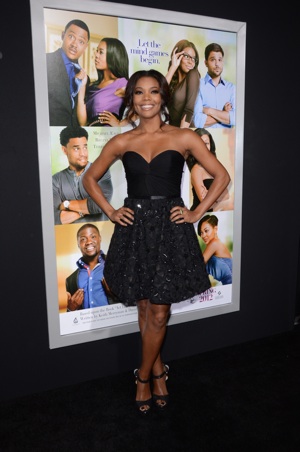 Get out your pen and notepad. There are more love lessons to be learned. The big-screen adaptation of Steve Harvey’s bestselling book (Act Like a Lady, Think Like a Man) has scored a sequel. The original featured an all-star cast, including Oscar nominee Taraji P. Henson, Gabrielle Union and comedian-turned-actor Kevin Hart.

Think Like a Man centered on a group of women who used Harvey’s dating techniques to find meaningful relationships. The comedy debuted at number one when it was released last spring, and stayed there until The Avengers knocked it out of the top spot.

Think Like a Man ends The Hunger Games’ reign >>

According to Entertainment Weekly, screenwriters Keith Merryman and David A. Newman (Friends with Benefits) have been hired to write the sequel. Currently, no director is attached and casting has yet to be announced.

Thus far, Think Like a Man, which was directed by Tim Story, has grossed $91 million domestically. That’s a nice feat considering its $12 million budget. With a return like that we’re not surprised Screen Gems has opted to produce a follow-up.

The self-help book Act Like a Lady, Think Like a Man: What Men Really Think About Love, Relationships, Intimacy, and Commitment was published in 2009 and is sold at all major retailers.