One of the Spice Girls has admitted she’s longing to go for laser treatments to try to erase the past. If you’re guessing it’s image-conscious Victoria Beckham in need of eliminating some lines, think again! 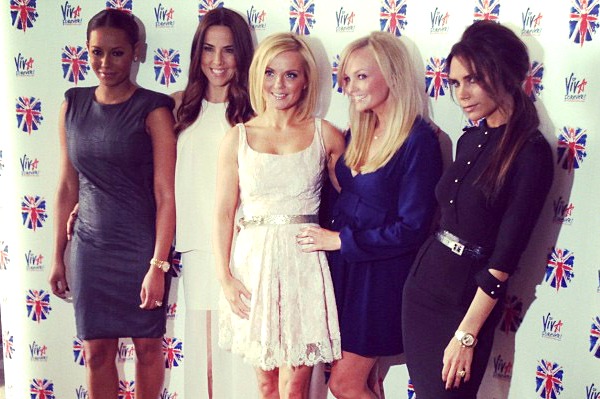 The Spice Girls‘ 2012 reunion was a fine time for the bandmates to catch up with one another — and also an opportunity for fans to critique who’s aged the most! Since forming in 1994, each of the girls has certainly matured, but these days there’s one in particular with her eye set on laser treatments.

Melanie Chisholm, once known worldwide as tracksuit-clad Sporty Spice, is in need of a little help from professionals to erase the past — tattoo removal specialists, that is!

At age 38, and as the mother of 3-year-old daughter Scarlett, Mel C has lost all love for her tattoos. “I’d definitely discourage Scarlet from having tattoos,” she recently admitted during a Good Housekeeping interview. “I’m looking into getting some of them removed.”

The Daily Mail reports the singer’s 11 tattoos include a cross at the top of her left arm, a colorful dragon on her right leg and a Japanese symbol near her right shoulder — all of which were easily taken away through the power of Photoshop for a magazine cover!

“I think it was a great idea to get rid of them for the magazine photos,” Melanie C said. “I wish you could do it permanently.”

Of her Spice Girls cohorts, Mel C gushed, “Our friendship has got better with age. We’ve shared something so unique that if any of us needed one of the others, we’d be there.” Yet even though a certain generation holds a special place in their hearts for “Spice Up Your Life,” the times, they are a-changin’.

As Melanie Chisholm explained of her 3-year-old daughter Scarlett, “If you ask who her favourite singer is, she says Jessie J — Mummy is her second favorite.”