Far-right Republican blowhard Rush Limbaugh often beeotches about how the entertainment “elite” schmoozes up to President Obama. He must forget Reagan was an actor. Well, were doing our part to uphold the blurred lines between Hollywood and D.C., as stars weigh in on today’s landmark health care reform ruling. And it’s not who or what you’d think. 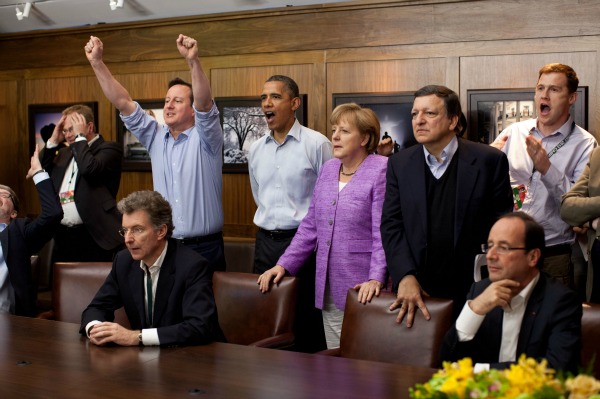 Let’s face it. Celebs have their own clout ($$$$) to have some sway with regard to political opinion. We just accept the fact that they have no real idea what they’re talking about. Most of the time.

With that aforementioned caveat, both the “usual” Hollywood suspects, and those you wouldn’t expect, sounded off on Twitter about this significant victory for the Obama camp.

On the left, the law is often seen as a leap forward in terms of assuring more Americans have access to quality, affordable health care. On the right, the law has been seen as an affront to personal liberties, and an attack on the existing insurance industry.

Alec Baldwin, always one to let us know how he feels verbally or with a fist (allegedly), dripped with his usual sarcasm in this tweet: “I guess this means less $ for oil subsidies… Oh, too bad.”

The Talk’s Holly Robinson Peete made this point on Twitter: “We are required to have car insurance. Isn’t a mandate to have health insurance a similar concept??”

MC Hammer emerged from his cave again and shared his speculation about how the GOP and the “darling” it had to settle for, Mitt Romney, will rally their “fan base” after this defeat for their cause.

“Which component of “Fear” will they choose to lick their wounds and rally their core group ? Health is greater than rhetoric !!!” Hammer pointed out in the Thursday morning tweet.

We have to throw in Michael Moore here, because he’s essentially saying, wait, wait, let’s not get ahead of ourselves here. This law doesn’t go far enough:

“The right wing has just had their worst smackdown since the day (Obama) was elected,” the Sicko documentarian tweeted. “The path of history continues to head toward (universal) health care.”

“So many peeps on this Twitter feed are from other countries; they can’t get their head around how USA doesn’t have universal healthcare…” the Scrubs alumnus tweeted.

And in this corner…

Right-wing comedian Dennis Miller said on Facebook: “Today proves that the newly-aggrieved minority is THE MAJORITY.”

He also linked to a post on his site, which read: “Congratulations to 9 out of 10 Americans who adopted a loser today.”

Sarah Palin of that whole vice presidential vetting disaster and the disaster that was Sarah Palin’s Alaska, also got in her two cents on Twitter: “Obama lied to the American people. Again. He said it wasn’t a tax. Obama lies; freedom dies.”

Oh, Patricia Heaton and Chuck Norris, where are you? This is a big moment for you to bolster the conservative presence in Hollywood. But you haven’t showed up on Twitter… yet.