Will you be watching Charlie Sheen’s last stab at the small (or big) screen? If so, will you be tuning in for Anger Management‘s debut because of Sheen’s famously wackadoodle ways? Therein lies the problem with the show, say the critics. 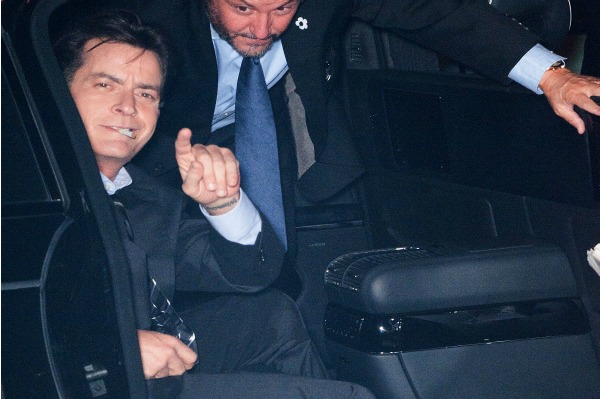 You may not know that Anger Management is supposed to be about a disgraced baseball player whose anger issues took him out of the game.

Now, he’s counseling others with anger issues, even though he’s still really angry.

What you probably did know is “Charlie Sheen’s in this new show called Anger Management!“

And, once again — as with his Two and a Half Men character — his alter-ego is named Charlie. Never seems to stretch much in roles as of late, does he?

Not much that’s “winning” about it

Critics who’ve had a look at the first few episodes say they see glimpses of why Sheen still lands gigs. But, overall, critics are panning the series, which debuts for the rest of us on FX Thursday night.

The joke’s on Charlie and crew with that one, because the headline is (wink-wink) referring to other FX comedies — like Louie — that are actually funny.

It goes on to call the sitcom “self-consciously smarmy,” leering at Sheen’s “bad-boy reputation.”

Like a lot of the reviewers, they don’t necessarily have a problem with Sheen as an actor. His comic timing is apparently intact where his judgment offscreen is not.

There appears to be a serious content problem with yet another Charlie-featured TV program.

USA Today listed off all the old, tired stereotypes we’ve come to expect from anything that Sheen does these days: There’s the full-throttle sex drive. The “recurring nasty streak.” The “increasingly odd and unjustified claim to irresistibility” and the “corresponding lack of awareness that, thanks to the aging process, the act is growing old.”

Harsh, but it’s true. Aren’t all those qualities what we’ve come to expect from Charlie? You can almost guess the character he’ll play before heading to IMDB to do your 30-second research about the show.

Hey, it could be worse

The most glowing reviews we could find mention seeing signs of the “old Charlie” as actor and not spectacle. Those reviews also refer to a talented cast, which includes Selma Blair and Brett Butler.

But, all in all, you’re not off to a great start when your best review indicates the series is “meh.”

Hey, at least it’s better than the abomination that is Bristol Palin in Life’s a Tripp.

Time put it like this: “There’s enough in the first episode to suggest that Anger Management could be a decent cynical comedy if it wanted to. And there’s enough in the second episode to suggest it doesn’t really want to. In comedy as in therapy, and as with anger issues both fictional and real-life, you can’t fix your problems if you don’t want to admit you have any.”

In another nod to the line between fiction and non-fiction increasingly, annoyingly being blurred, the debut also comes on the heels of Sheen’s very buzzy claim on Good Morning America that he’s not giving up on getting buzzed off booze.

“We live in a country where it’s always ‘Miller Time’ so what are you going to do? It’s happy hour somewhere in the world,” Sheen told GMA, fresh out of rehab.

And, mercifully, it looks like acting isn’t for him anymore, either.

Sheen claimed recently that he’s through with Hollywood after 30 years in the business.

Sad that Anger Management will be his last hurrah. But Platoon Charlie he ain’t. H*ll, some suspect he’s not even Two and a Half Men Charlie.

Will you be tuning in for Charlie’s (onscreen) antics tonight?