This week, Guinness World Records’ “Most Litigious Man” Jonathan Lee Riches alleged that Kim and her Kris Humphries replacement, Kanye West, had ties to Al-Qaeda. Clearly this man is a whack job. His allegations are completely ill-founded. Kim does have ties to terrorists, but not in the manner that Riches has alleged. 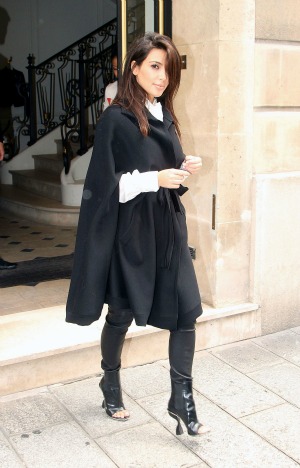 Remember during the Bush administration when everyone got all pissed off about water-boarding terrorist suspects to get them to sing like a canary? You may remember Obama’s 2009 ban on water-boarding, scoring him all kinds of touchy-feely goodness from Americans. Obama was the more enlightened, more civilized humanitarian. Or was he? The truth is, he just had much more powerful and clever means to torture terrorist suspects. Here are the most popular ones: (Note: For any Jonathan Lee Riches types, we are, of course, joking.)

Keeping up with the Kardashians

Terror suspects are now subjected to hours and hours of this program, with Kim’s whiny voice amplified for particularly stubborn suspects. Some alleged terrorists can watch as many as five hours, but then start to sweat, twitch and swear uncontrollably. Kim is sometimes flown in to talk in person, if necessary, and encouraged to increase her use of the word “like.”

This isn’t always as effective as Keeping up with the Kardashians, as many terrorist suspects have said, “See, this is why other countries hate you guys.” A few however, have been subjected to several hours of Snooki-and-her-drunk-friends and asked if they could please be water-boarded instead.

The tunes that set the tween crowd on fire make alleged terrorists want to light themselves on fire for a different reason. When Justin Bieber‘s music is streamed into their prison cell for several days, they just get confused and frustrated and want to know why a 12-year-old girl is so popular with other 12-year-old girls. This frustration puts prisoners in a heightened state of agitation. They crack under the pressure and reveal valuable information they would otherwise never give up.

Interrogation officers have a library of movies they use to torture suspected terrorists, but these three titles seem to be most effective. When exposed to the dialogue in Star Wars III, and specifically Hayden Christensen’s delivery of it, prisoners will do just about anything to not have to watch a second time. Skyline infuriates the suspects with its completely absurd premise, and when they learn how much money was spent making that movie, they say they’d rather see their grandmother air-dropped over the Grand Canyon than watch more than 20 minutes of that movie. If a prisoner is being exceptionally difficult, they are subjected to back to back showings of Jerry Maguire. Interrogators leave the suspect alone with this movie for three days and when they come back, the alleged terrorist willingly tells them whatever they want to know. When interrogators ask why the terror suspect suddenly has become cooperative, the most common answer is, “You had me at ‘hello’.” This feature aggravates the suspect for a variety of reasons (that are obvious to anyone who has seen this movie), but the primary irritant comes from trying to understand why Tom Cruise and Renée Zellweger were cast as love interests when it’s obvious they share absolutely no chemistry.

This form of torture is reserved for prisoners suspected of particularly heinous crimes. If you think trying to understand Shakespeare is difficult, trying translating and understanding it in Arabic.