Kings of Leon’s baby bunch may soon outnumber the bandmates! Nathan Followill and wife Jessie Baylin have announced they’re having a baby just days after another little Followill’s arrival. 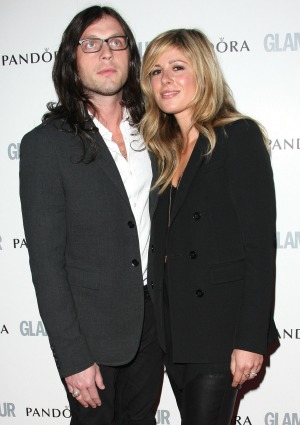 Congratulations are in order for Nathan Followill and Jessie Baylin on their baby news — and to Caleb Followill and Lily Aldridge on theirs too — and heck, to Jared Followill on his engagement as well!

Yes, there is much to celebrate in the Followill family that makes up our beloved Kings of Leon.

We start with the latest news: Nathan Followill and Jessie Baylin are having a baby! The proud dad-to-be spilled the baby beans on Twitter, writing,” I can proudly announce that me & the lovely @JessieBaylin are expecting our first child. I’m beyond excited/anxious. Life is beautiful.”

Jessie Baylin, a folk singer/songwriter, wed drummer Nathan Followill on Nov. 14, 2009. The baby will be their first — but not the first of the new Followill generation!

The eldest of the Kings of Leon family’s offspring is Knox Cameron Patrick Followill, born to cousin Matthew Followill and wife Johanna in April of 2011.

The youngest of the Followill brothers is 25-year-old Jared, who is also ready to settle down and perhaps start a family of his own. The bass guitar player announced his engagement to model-girlfriend Martha Patterson via a rep in May. “Yes, it’s true!” the rep confirmed. “Jared proposed to Martha on April 11 at his home in Nashville and we’re all excited for the newly engaged couple.”

Congratulations to the entire Followill family, and best wishes to Jessie Baylin for a healthy pregnancy!