Mitch Winehouse, who has been making the rounds, promoting his long-awaited tell-all book, Amy — My Daughter, had some brutal things to say to Good Morning America about an ex’s role in the singer’s death. 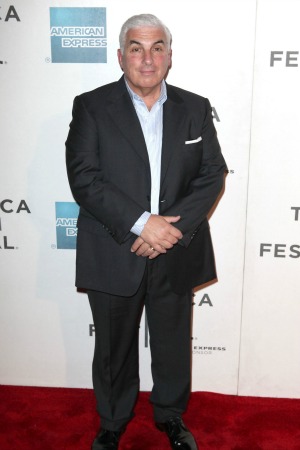 The father of late British singer Amy Winehouse didn’t mince words in a recent interview with GMA, where he flat out said, “I blame Blake for her drug addiction.”

The “Blake” in question is Blake Fielder-Civil.

While it’s widely known that Amy used her ex-husband as a muse for many of her songs, including “Some Unholy War” and “Tears Dry on Their Own,” it’s the first time he’s so candidly (and publicly) pointed fingers at the former video production assistant and dropout.

What was no secret is the pair made a volatile combination.

Amy was no angel

The couple fought and did drugs together, and for a time Fielder-Civil’s story about how he thought Amy had died in his arms — long before her death in July — was making the rounds.

All the way back in 2008, Blake was recorded telling a U.K. paper, “I introduced her to heroin, crack cocaine and self-harming. I feel more than guilty.”

“I dragged Amy into it and without me there is no doubt that she would never have gone down that road,” he went on to say. “I ruined something beautiful.”

And Mitch Winehouse was more than ready to let Blake carry that burden. But there are limitations to even the 60-year-old’s dad hatred toward his former son-in-law.

“He stood up and said, ‘I switched Amy onto Class A drugs,'” Winehouse said, adding he doesn’t blame Blake for her death. “He loved Amy. He would never, ever in a million years have wanted this for Amy.”

Was she really on track to recover?

The now-famous father insists his daughter was on the right track right up until her death.

She had a new man, Reg Traviss, and had put on weight.

The 27-year-old had even steered clear of the bad s*** for three years, he said, and was on her way to “controlling” her alcoholism.

Then she drank so much alcohol that she died in her flat in July 2011.

“Who knows what makes anyone do anything to the extreme. I have no idea,” he said. “There would obviously have been more music, and she would have married Reg, and there would have been children, just like any other normal couple. But it wasn’t to be.”

The GMA appearance and other sit-downs to promote the book chronicling Amy’s life and death was certainly not all about finger-pointing.

Mitch also shared his anguish at losing his daughter, and said he still texts her regularly.

“Sometimes I text her telling her to come home,” he told Grazia magazine. “But she’s never coming home and I’m going to have to deal with that for the rest of my life.”

But at least the grieving father said he can sleep better at night, knowing he doesn’t have to worry about Amy anymore — a sentiment that fills him with guilt.

The five-time Grammy award-winner would have been 29 years old in September.

All proceeds from Amy — My Daughter will go to the Amy Winehouse Foundation, which Mitch established after his daughter’s death. The foundation provides support to children who are poor, sick, disabled, or battling addictions like his daughter did.