Very! This down and dirty comedy takes a plush toy to new comedic heights with the help of Family Guy’s Seth MacFarlane and hottie Mark Wahlberg. If you like your humor lewd and politically incorrect, you’re in for a treat! 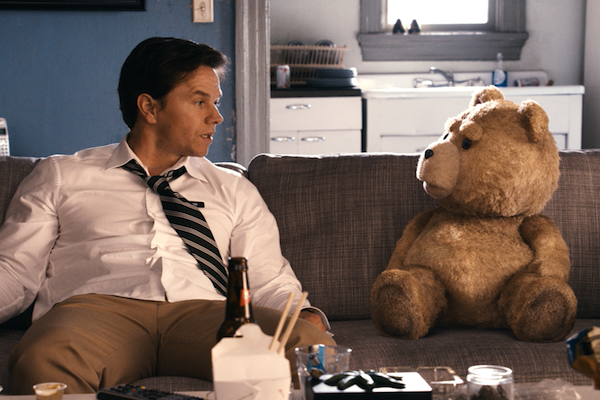 Maybe because it’s America or maybe because the gods just happened to smile down on young John, an eight-year-old with no friends, his wish for his teddy bear to come to life is granted — yay for John! But Ted isn’t an updated Pinocchio story. This is more of a fractured fairy tale that cautions you to be careful what you wish for. 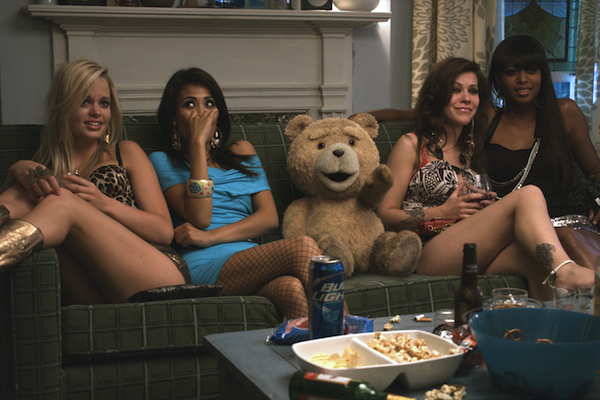 John chooses wisely and Ted is forced to get a job and move out. As a cashier at the local quickie-mart, he goes for a quickie with sexy co-worker Tami-Lynn (Jessica Barth) and does the unthinkable with a parsnip. But Tami-Lynn loves her cuddly guy and is more than happy to engage in a sex position called the “dirty Fozzie.”  Yes, Ted goes there.

Ridiculous, of course! But it’s also funny. There’s a scene where Ted convinces man-child John to abandon Lori and join him as he parties with former Flash Gordon actor Sam J. Jones. I guarantee you’ve never seen a stuffed animal become a party animal like Ted. I couldn’t help but giggle at the scene where the little bear comes out of the bathroom with cocaine smeared all over his face. 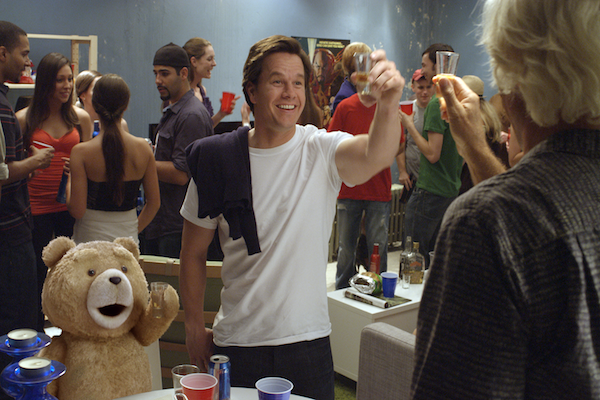 Mark Wahlberg and Mila Kunis take their roles very seriously, helping the audience suspend disbelief when it comes to a teddy bear who hires hookers. It’s a delight to see Seth MacFarlane’s comedic potential unleashed in an R-rated film.

Bottom line:  If you like the twisted humor of Seth MacFarlane, you’ll love watching him ratchet it up a notch in this raunchy, foul-mouthed farce. Look for a few fun cameos as well.