Kim Kardashian and Kanye West terrorize reality fans and Taylor Swift on a regular basis, but one man says they’re terrorists for real. You won’t believe his crazy claims. 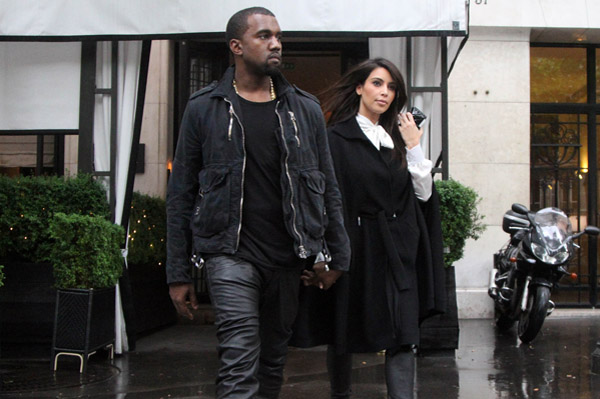 Lovebirds Kim Kardashian and Kanye West might be a lot of things, but are they terrorists? One man says yes — and he claims to have the proof of it.

“On 6/17/2012 I was in West Virginia, deep in the hills and I stumbled upon the defendants who were all at a Al-Qaeda secret training camp,” Jonathan Lee Riches said in a new lawsuit. He also alleges that the K twosome “pleaded their allegiance to Al-Qaeda, burned the U.S. flag and stomped their feet on Barack Obama’s picture, performed a concert for all Al-Qaeda members, and shot AK-47s in the air.”

Yeah, this man has no credibility — he holds the Guinness Book of World Records title of “The World’s Most Litigious Man” for filing over 5,000 lawsuits over the past eight years. Still, it’s pretty amusing to think about — though we don’t think momager Kris Jenner would let them do something like that without a photo deal and accompanying magazine cover.

Still, India does think Kardashian is a terrorist to their tourism market, based on some comments she made earlier this season on Keeping Up With the Kardashians. The reality star said that Indian food is “disgusting” and apparently people thought that meant she hates India. Big jump, right? We felt for her on this one.

“So on this week’s episode of Keeping Up with the Kardashians I said that I thought Indian food was disgusting. In NO way was this intended as an insult to the Indian people or their culture. This is just my own personal taste,” she said in a blog post.

“There are a lot of foods I don’t like… I hate cilantro and peppers, and there are definitely some Armenian foods that I personally find disgusting, but that doesn’t reflect my opinions on other Armenian people or my culture. My comment wasn’t intended to offend anybody. We all have our own opinions and tastes and I was simply expressing mine.”

Regardless, Kardashian and West are terrorists — media terrorists, if you will: They’ve hijacked the media and show no signs of letting up until they get the world domination they’re after.