Jenelle Evans and her no-good fiance, Gary Head, were busted over the weekend. No surprise, right? Find out why they were arrested this time. 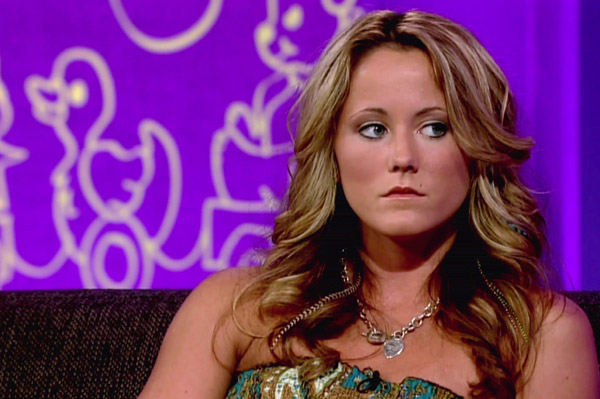 Jenelle Evans needs a serious talking to about which men are worth her time and which ones aren’t. For example: Her current fiance, Gary Head, is so not worth her time. The reality star and her on-again, off-again “love” are definitely off (for now) after a violent altercation over the weekend.

“Gary beat the s*** out of Jenelle,” her friend told RadarOnline. “He strangled her with a bed sheet.”

Oh, my god. We love to snark on Evans and her utter lack of maturity and sense, but that is awful if it’s true. It sounds like it is, based on another report from TeenMomTalk.com saying that Head “hit her numerous times.”

Both were arrested after the altercation — Evans for possession of an illegal substance (marijuana… again). Of course, they’re out of jail and taking the he-said, she-said to Twitter.

“F**k that crazy b***h @PBandJenelley_1. I finally packed my s**t and left that b***h,” he tweeted, prompting a response from Evans.

“@gary_head more like ‘she called the cops on me and I ran out of that b***h,” Evans snarked back.

This wasn’t the first time the couple has turned to fists to settle arguments. The Teen Mom star said that Head hit her back in April and she “call[ed] the cops,” but “told them I didn’t want to press charges to jeopardize his career” in the Marines.

It might be a little too late for that now — he’ll likely receive a dishonorable discharge if he’s charged with assault. It sounds like he did a number on her, based on some recent tweets.

“Sorry haven’t been on twitter but my phone got smashed to pieces sooo my new one will be in today so I can tweet my little heart away lmao!” she wrote on Tuesday afternoon, adding that she was “off to the tmj specialist to look at my jaw then neck dr.”

Ouch. So, what started all of this?

“I left [Head] becuz he was caught cheating. He did something to me that was physical and tramatizing. I’m just so grated (sic) jace wasn’t there,” she added. We’re glad her kid wasn’t there, either.

Never thought we’d say it, but we miss her ex-boyfriend Kieffer Delp. At least he actually seemed to care about her.

Do you think Jenelle Evans will ever get her act together?