This fall, you can get your General Hospital fix a little earlier. Starting in September, the soap opera will air at 2 p.m. ET /1 p.m. PT/CT. It will occupy the time slot previously held by former lead-in One Life to Live. 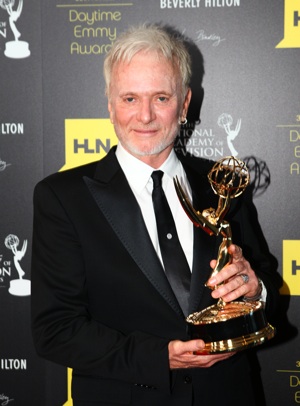 After winning big at the 39th Annual Daytime Emmy Awards, General Hospital is making a drastic change. ABC is giving the long-running soap the boot — to 2 p.m. ET/1 p.m. CT/PT.

The drama currently airs at 3 p.m. in most East Coast markets, and 2 p.m. on the West Coast. Now, it’ll run an hour earlier on both.

The news was initially announced Tuesday on GH’s Facebook page:

We’re letting you know first – beginning MONDAY, SEPTEMBER 10th, we’re moving into our new time slot at 2:00 p.m. ET|1:00 p.m. PT|CT on ABC. You’ll be able to catch all the intrigue and excitement of Port Charles one hour earlier! We equally excited about General Hospital’s 50th anniversary on ABC next year.

Share this news with your friends and family and make sure to tune in to General Hospital every day.

General Hospital is executive-produced by Frank Valentini, and penned by head writer Ron Carlivati. The duo previously led the now-defunct soap One Life To Live, which went off the air in January. Since they took over, GH has experienced a complete overhaul in story and tone.

One Life To Live stars revived by General Hospital >>

What do you think of General Hospital’s big move?