Abraham Lincoln: Vampire Hunter opened to low box office sales, but is it just a sign that people are finally sick of hearing about vampires? 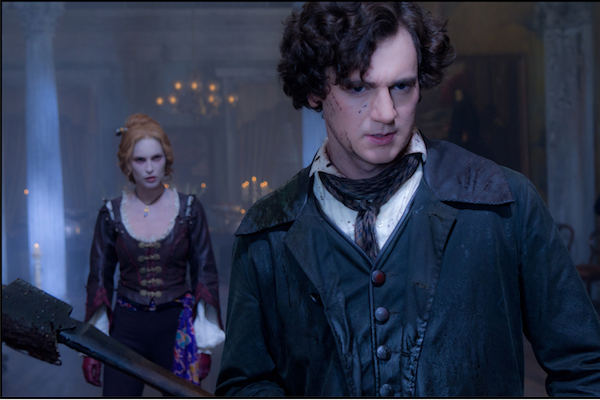 Is the vampire movie dead?

Abraham Lincoln: Vampire Hunter was released last weekend to dismal reviews, and even more dismal box office sales. While $16.5 million may seem to be nothing to sneeze at, the Los Angeles Times reports it had the third lowest opening weekend of any major studio release so far this year (ironically, last weekend’s Rock of Ages is also on that list).

“Ever since Twilight hit it big, every vampire movie not named Twilight that Hollywood has produced has been a commercial disappointment of one form or another,” said the LA Times. “In fact. they were also all pretty disappointing, period. With the possible exception of Let Me In — a justifiably well-reviewed spin on a Swedish cult hit — none of them are making too many best-of lists.”

There are, of course, exceptions, but the vampire craze may be just that: a craze. Since the beginning of film there have been vampire films. They began as early as the 1920s and continued into the 1990s with Interview with a Vampire and even Buffy the Vampire Slayer.

But the current craze is directed much more to teens. And those teens eventually grow up.

Unlike regular horror movies, the vampire craze offers more than just a monster and a quick scare. It offers a way for these teens and pre-teens to relate to someone who is misunderstood or who offers something they want.

The LA Times agrees this is the reason for this success, and it generally has nothing to do with vampires.

“As it turns out, the genre aspects weren’t really what people wanted to see in Twilight — it was the forbidden love,” the paper said.

Like the vampire, these movies will probably never completely die, but they will continue to evolve and include the vampire only as a character, not a plot.