This week’s top five DVD/Blu-ray/Redbox releases include a little magic from Snow White, a bit of silent Oscar glam, some action, and hot guys in underwear. There’s something for everyone this weekend. 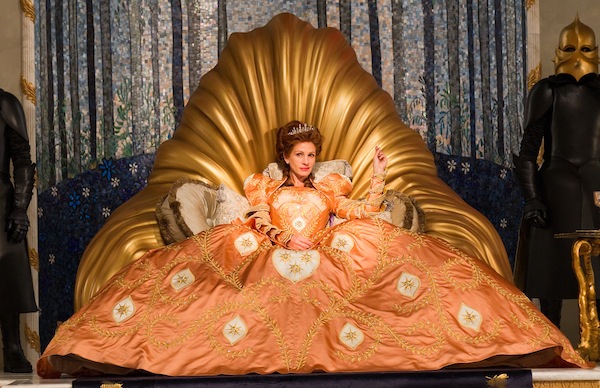 Julia Roberts is the fairest of them all, but we’ve known that for some time. It’s an absolute delight to see our best girl taking the spotlight and owning up to her extraordinary beauty. With a poisoned apple, some fabulous costumes, and a whole lot of comedy, Mirror Mirror is our No. 1 pick for the weekend.

Movie review: I’m sexy and I know it, Mirror Mirror >>

The Oscar-winning film you’ve been waiting to watch is finally on DVD. The story of two silent-era actors in this silent movie is romantic, funny and bittersweet.

The two most terrible cops on the force are sent back to high school to see if they have what it takes to solve a teen drug crime. Channing Tatum and Jonah Hill co-star in this raunch-com about friendship, loyalty and growing up.

Sam Worthington is back with his bronze bod and lots of mythological angst. After trying to get out of the monster fighting game for good, this is one last fight that needs his heroic help. Perseus, save us!

Eddy Murphy is a book publisher who is put under a spell that says once he uses his last 1,000 words, he’ll be silenced forever.