You know how some celebrities pass and you’re kind of like, “That’s a bummer,” and then you go back to eating your frosted Cheerios? But then there are the ones that make us stop dead in our tracks, with a heavy heart because the world just won’t be the same without them. On this third anniversary of Michael Jackson’s death, we want to invite these folks to come back from the dead… 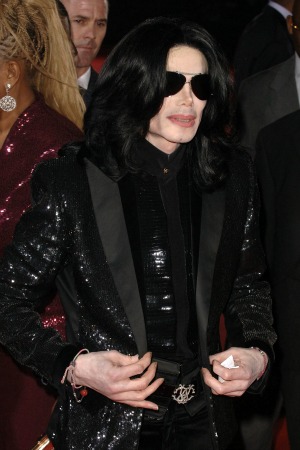 In the ’80s we could count on Michael Jackson to deliver some kick a** music, killer videos and iconic dance moves. From that point on, we could count on him to generate headlines about plastic surgery procedures (didn’t his nose fall off during a Dateline interview?), inappropriate sleepovers with young children, bankruptcies, pet monkeys and who can forget the headline when Michael dangled one of his babies off a balcony? The King of Pop left a big tabloid void in pop culture. We kind of miss him for that.

Anna Nicole Smith was a hot mess before the author of that phrase, Paris Hilton, was out of diapers. Wasn’t she a spectacular disaster? She wasn’t Courtney Love chaotic — there was an element of glamour-chic to her derailment. She had breasts that spoke for themselves, and an ability to dress around her weight that made her still look sexy even when she was heavy (well, maybe with the noted exception of that skin-tight baby blue dress we all remember). Every generation needs a platinum blonde who acts like a moron, but who you suspect is much smarter than she lets on. Anna Nicole was ours, and we kind of want her back. We would love to see her slur through one more interview and chase her little dog around her obnoxiously decorated home.

A moment of silence please. It was a sad day indeed when the Saturday Night Live curse struck our Tommy Boy Chris Farley. How we loved this guy. We honor him almost daily when we say, “I live in a van down by the river on a steady diet of government cheese,” or, “Lay off me! I’m starving!” or “I can get a good look at a T-bone by sticking my head up a bull’s a**, but I’d rather take a butcher’s word for it.” You get the idea. We’ve missed out on a lot of Farley one-liners, and that just ain’t right. We want our fat guy in a little coat back.

People as good-looking as Heath Ledger should not die young. Just kidding — kind of. It really is just a bit more tragic when really attractive, talented people die before we’re ready for them to. Why can’t we quit you!!! Pass the Knight’s Tale. We need a Heath fix.

Yes, we know. Whitney Houston was Anna-Nicole-sloppy when she passed away. But we were all secretly holding our breath for a triumphant comeback, and now we have been robbed! I-ee-I-want Whitney back. (And yes, David Spade, we just ripped you off.)

To cope with the incredibly wrong loss of Princess Diana, we like to convince ourselves that Di staged the whole “car wreck thing” and that she and Dodi are living on a remote tropical island away from the spotlight. Some may call this delusional. We call it coping.

And guess who is on the island with Princess Di and Lord Dodi? John F Kennedy Jr., of course! There’s no way he really met a watery death at the bottom of the ocean, struck down in his young, hot, prime. There are just some things that are beyond the human brain’s ability to comprehend. This is one of them.

As annoying as the zombie craze is, these select few have our permission to come back from the dead any time now. Just not as zombies, obviously. Who would want to make out with JFK if he has freaky eyes and tries to eat our flesh?