Get ready for another drama-filled season of Showtime’s Dexter. The series returns this fall with a brand new conflict: Deb knows the truth. The first promo for the upcoming season teases Deb’s reaction to her brother’s bloody hobby. 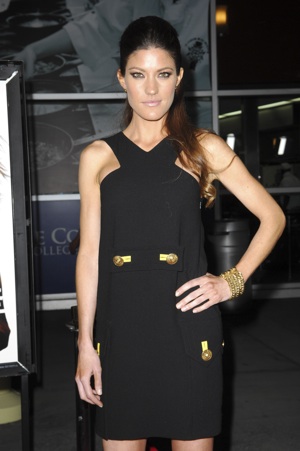 At the end of the sixth season finale, Deb walked in on Dexter doing what he does best. Unfortunately, her reaction wasn’t played out for the cameras. That’s something that’s spilled over to this year’s premiere episode.

Showtime has released the first official teaser for Dexter‘s return and Deb’s in sheer shock. You can hear her plea, “Get away from the body… Jesus Dexter.”

But her cries mean nothing as he declares “It’s what I am, it’s all I am.” Yet he still asks himself, “I can accept that… but can she?”

Before discovering her brother’s extracurricular activities, Deb was gung-ho about confessing her love for him. And we’re not talking familial love, we mean the romantic kind. The pair isn’t blood related but her sudden revelation was a tough pill for fans to swallow.

Showtime chief David Nevins is in full support of the unconventional “love” story.

“I’m aware that there’s a certain taboo, despite the fact that they’re not genetically related,” said Nevins. “But it’s something that has been building for a number of years. If you go back and look the past couple seasons, it’s an idea that has informed how they’ve done the show for a long time.”

Hopefully, finding out that Dexter’s a murderer will suppress Deb’s unhealthy feelings.

Check out her reaction in the first official promo for season seven:

We’ll see how deep their love goes when Dexter returns with all-new episodes Sept. 30 at 9 p.m. ET/PT on Showtime.