Jessica Simpson has been a mom for less than two months, but is already showing off her post-baby body. 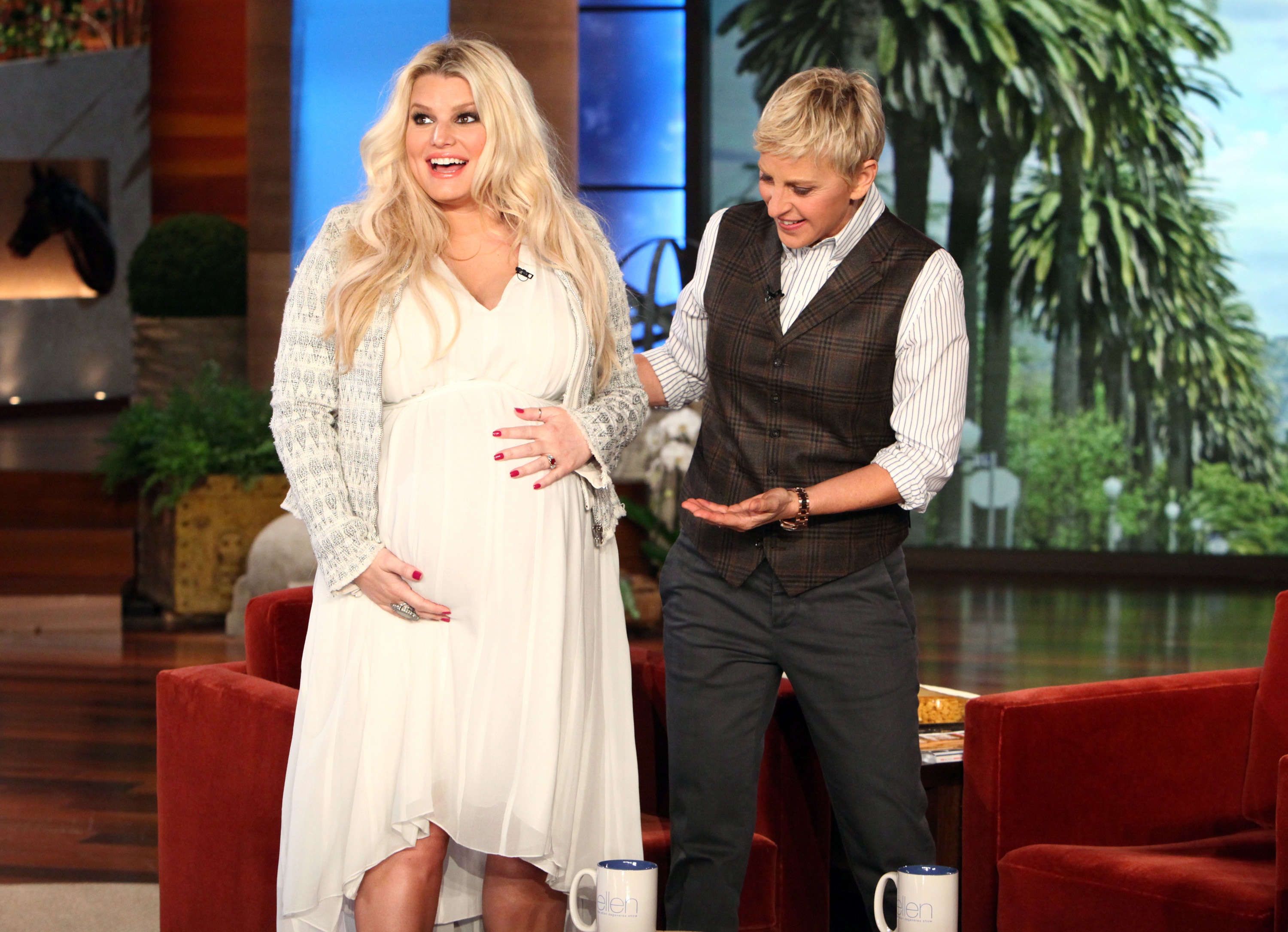 “Life has completely changed,” Jessica Simpson told People of motherhood. “From how I sleep to what I think about, Maxwell has definitely taken over everything!”

Well, not everything has changed.

The 31-year-old has always been very proud of her body, no matter which shape it has taken. And rightly so.

But that is nothing compared to the seventy pounds Simpson herself gained, and that was the figure a full month before the birth.

But now that the baby is born, Simpson has been exercising and getting healthy again. She signed on to be the new spokeswoman for Weight Watchers, for the bargain price of $4 million (can you say “college fund?).

She is also reportedly working out with a trainer to help lose the baby fat.

“I think anybody who’s gone through a pregnancy, after they have the baby, it’s like, ‘I need to do something about this,'” she said of losing weight. “For me, I really want to do something that is a lifestyle, because in the past, I’ve been known to yo-yo diet.”

But it looks like Simpson is proud of her body once again.

Friday night she tweeted “Just taking a walk around the block… Street legal???”

The tweet included a picture of her cleavage (there may have been other things in the photo but we sure didn’t notice).

Actually, it looks like she was walking her daughter. Simpson has talked about breastfeeding and how close it makes her feel to Maxwell.

The breastfeeding also has another positive side effect. Simpson has said she is trying to eat healthy and cut down on fast food for the health of her baby.

Either way, Jessica looks great and less than two months after giving birth, she is looking like she is getting closer to her pre-pregnancy weight.