ABC has long dominated the daytime Emmys. This year, the network has claimed 55 nominations, the most of any network, including PBS, which is at a close second with 51 noms. But with the loss of Oprah, All My Children, One Life to Live and the uncertain future of General Hospital, does ABC have any chance of remaining on top? 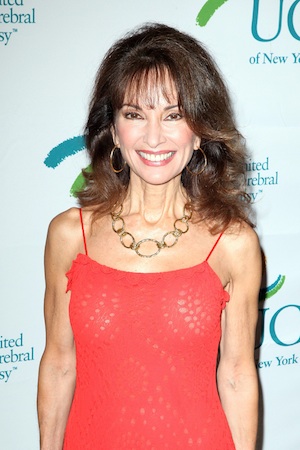 ABC has long dominated the daytime Emmys. This year, the network has claimed 55 nominations, the most of any network, including PBS, which is at a close second with 51 noms. But with the loss of Oprah, All My Children, One Life to Live and the uncertain future of General Hospital, does ABC have any chance of remaining on top?

I inherited my love of All My Children from my mother, who began watching the iconic Erica Kane when she was just a young woman. As a little girl, I remember delighting in Christmas break, not because of the impending visit from Santa Claus, but because my mother and I could watch the soap together, every weekday for two whole delicious weeks! It’s not hard to see how Christmas in Pine Valley was incredibly more glamorous than Christmas in the San Fernando Valley.

While it’s no new news that soaps are going the way of the dinosaur, what possible new entertainment sources will ABC and the other two commercial networks use to replace them?

Before stepping down as president of ABC Daytime, Brian Frons addressed the demise of the soap opera on ABC.com by saying, “We are taking this bold step to expand our business because viewers are looking for different types of programming these days. They are telling us there is room for informative, authentic and fun shows that are relatable, offer a wide variety of opinions and focus on ‘real life’ takeaways.”  But who or what is responsible for this cultural shift? Believe it or not, some say it started with O.J.

The birth of reality TV? 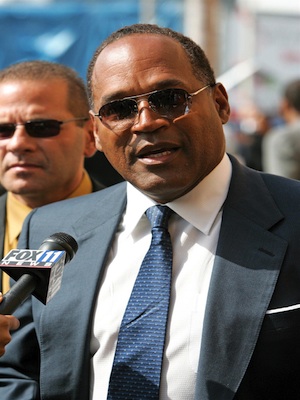 When the O.J. Simpson trial preempted daytime programming, there was a real-time immediacy with the trial that presented an American sports hero accused of doing the unthinkable — murdering the mother of his children. As cruel as Adam Chandler could be on AMC, he could never spark this level of drama. The O.J. trial was real, after all, opening our nation’s television audience to the possibility that adding some reality to our television may provide something a bit more exciting. But not all courtroom dramas have the same appeal. What are our networks certain that daytime TV fans love? A sexy doctor, of course!

Winner of two Daytime Emmys already, Dr. Oz is nominated for another three this year. As Oprah’s ABC successor, I predict he takes home another win in the “Outstanding Talk Show Host” category not because of his charm or intelligence, but because he seems to understand women are smarter and more savvy than they used to be. Working moms and single moms particularly thrive on the informative physical and mental edge that Dr. Oz provides on his show. He gives women information that empowers their work and lifestyle choices and that’s something new and exciting. 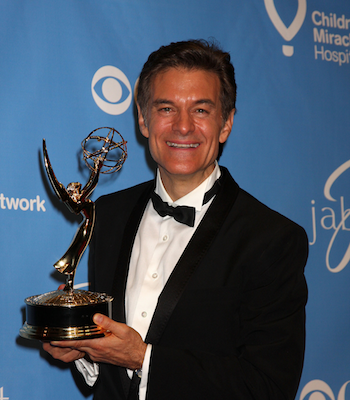 While ABC has always done well with outstanding morning programs like Good Morning America and talk shows like The View, are they really enough to keep the network far ahead of CBS, who has 33 Emmy noms this year and NBC, who has 25? The honest answer is that it’s hard to tell.

It’s clear to me that as American women’s lifestyles change, so will their entertainment needs. Social networking and the internet provide many new avenues for women to get their news and entertainment, making them less dependent on TV. I think it’s likely we’ll see all the TV networks simply throwing everything on the wall to see what sticks in this era of brave, new television.