Dubbed “Baby Bieber” by music industry insiders, internet singing sensation Austin Mahone is sending teen and tween girls into hyper-hysteria. We compare the two to see how Mahone stacks up to his teen superstar icon. Could there be a coup in the Biebs future? 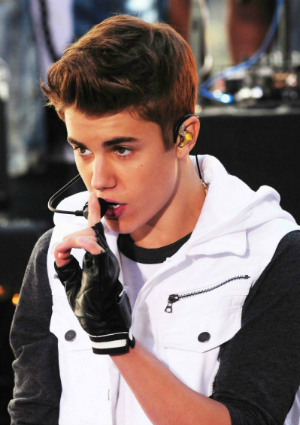 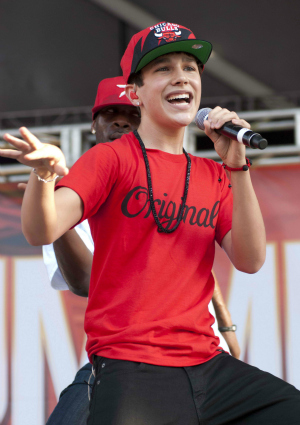 Justin: Signature style is swoopy, shiny and perpetually in his eyes.
Austin: Same shape as the Biebs, but bigger and wavier.

Justin: Grew up below the poverty line in low-income housing his mom had to juggle several jobs to afford.
Austin: Has risen to internet stardom out of an 8-ft by 10-ft room with a foldout futon bed.

Justin: Referred to the Sistine Chapel as the “Sixteenth” Chapel on the David Letterman Show.
Austin: None of note yet, aside from pretty silly grammar and punctuation.

The start of teenybopper hysteria:

Justin: Beliebers, who are stricken with “Bieber Fever.”
Austin: Mahomies.

Justin: Secret softie who loves classic chick flick The Notebook.
Austin: Lets fans ask him, like, anything on his blog’s “Ask Me” section.

Justin: Made $55 mil in the last year alone.
Austin: Shows projected to draw at least $50K and merch sales projected at roughly $50K as well (per month!).

What you could probably buy instead of booking him:

Dream souvenir for a fangirl:

Justin: His bust immortalized in wax, currently in residence at Madame Tussauds.
Austin: The foldout futon bed upon which he laid his perfectly-coiffed head.

Who’s always on his iPod:

Justin: Named by Forbes in 2012 as the third most powerful celeb in the world.
Austin: Opened in May 2012 at the Q102 Springle Ball for Adam Lambert, the Wanted, Hot Chelle Rae and Carly Rae Jepsen.

Justin: World domination, perhaps?
Austin: Continuing to gig around the country, plus several shows in other countries.