The Daytime Emmys air this weekend. Who will win? We’ll have to wait until the show, but we have our picks. Read on and see which ones you think we got right — and which ones we’re way off about. 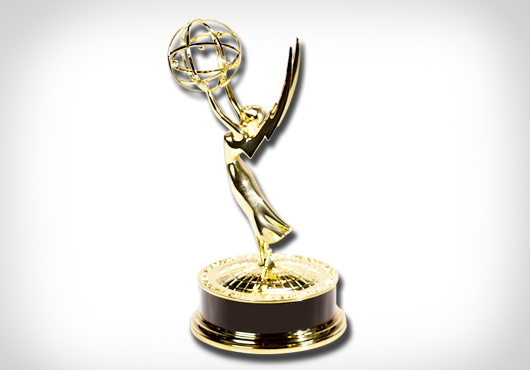 The Daytime Emmys are the middle child of awards shows: Sure, they’re important — but no one pays attention to them like they do the oldest child (the Oscars) or the youngest (the MTV Movie Awards). Still, we’re pretty pumped to watch the show this weekend on HLN, mostly because we get to see our favorite soap actors (RIP All My Children and One Life to Live) and daytime hosts (hello, Judge Judy!).

We’ve decided to dissect the 2012 Daytime Emmy nominees and give our predictions on who is going to take home the awards. The problem? The Daytime Emmys has like 8,012 categories, so we’re breaking it down into the biggest categories.

We’d like to see All My Children win this award — what a way to go out, right? However, mainstay Days of Our Lives will probably win.

Good Morning America has pulled ahead of NBC’s The Today Show this year in terms of ratings and overall quality of stories and guests. The Today Show is struggling with its host lineup — Ann Curry drama, anyone? — though it’s always fun to watch the train wreck that is Kathie Lee Gifford and Hoda Kotb every day.

The Ellen DeGeneres Show
Live! With Regis and Kelly
The Talk
The View

This one is tough — the Emmy voters might want to reward Regis Philbin after his retirement. However, we think The Ellen DeGeneres Show deserves the award — no other show has dancing on a regular basis.

Anderson Cooper should win the Daytime Emmy for how adorable he is on his daytime talk show. Plus, Dr. Oz has just turned into one big infomercial for the latest “miracle” treatment or supplement. No, thanks.

Crystal Chappell, Days of Our Lives
Debbi Morgan, All My Children
Erika Slezak, One Life to Live
Heather Tom, The Bold and the Beautiful
Laura Wright, General Hospital

It’s a toss-up between Debbie Morgan and Erika Slezak for this award — it could go either way.

Maurice Benard, General Hospital
Anthony Geary, General Hospital
John McCook, The Bold and the Beautiful
Darnell Williams, as Jesse Hubbard on All My Children
Robert S. Woods, as Bo Buchanan on One Life to Live

Maurice Benard should win the award for his longtime role as Sonny on General Hospital. Even if he doesn’t win, he gets our award for “Biggest Fox on Daytime Television.” Yum.

We’re going to go with Genie Francis for this one.

We love Matthew Ashford for this award, mostly because he’s one of the kookiest — and most endearing — actors on daytime.

This one is tough to call, though we’re going to go with Christel Khalil for the win.

Chandler Massey gets our pick in this category (can you tell I love Days?)

For all the latest updates on the 2012 Daytime Emmys red carpet, including pictures, news and interviews, go here >>