Two years ago, Blake Lively was named the face of Chanel. It didn’t last. Now the Gossip Girl is lending her likeness to a new fragrance by Gucci. But do celebrities really help you pick a perfume? 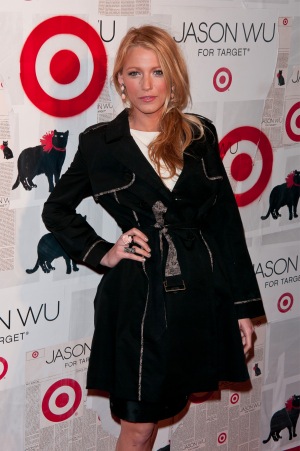 We have no idea how Gucci’s latest fragrance, Gucci Premiere, is going to smell. But it’s already crystal clear that the scent is going to look fantastic.

That’s because Blake Lively — the beautiful star of Green Lantern and television’s soapy hit Gossip Girl — has signed on as the fragrance’s official face for a glitzy promotional campaign.

“I admire the qualities of the Gucci Première woman and feel honored to represent the fragrance,” the 24-year-old actress said in a statement. “It is a pleasure to collaborate with [Gucci’s creative director] Frida Giannini.”

“In conceiving this fragrance I was inspired by timeless Hollywood glamour and the iconic leading ladies of Hollywood’s golden era,” Giannini added. “Blake’s unique style and charisma brings that allure to life in a very contemporary way.”

Just don’t tell the folks over at Chanel, who likely were thrilled when Lively agreed to be their face two years ago, only to feel a slap in the face now that she’s supporting their rival.

People magazine says Lively will appear in a short film for the fragrance that will be directed by Drive helmer Nicolas Winding Refn and debut at the Venice Film Festival in September.

If you don’t want to wait that long, you’ll be able to see Lively in Oliver Stone’s steamy drug drama Savages, which opens on July 6 and co-stars John Travolta, Salma Hayek, Aaron Johnson and Taylor Kitsch.