Ellen, one of Michael Vick’s former fighting dogs, passed away earlier this week after an illness. Read on to find out how she impacted everyone she met. 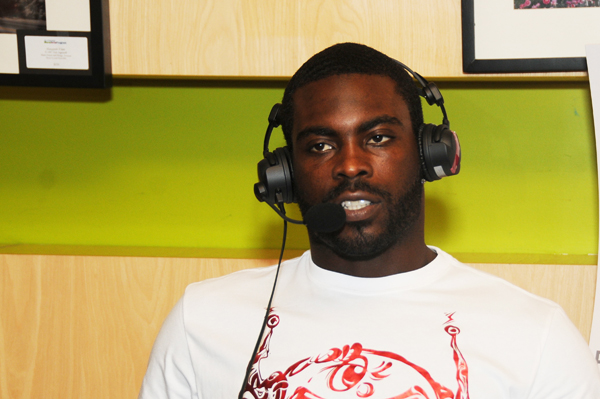 It’s safe to say 11-year-old pit bull Ellen saw a lot of pain during her life: She was one of the dogs rescued from NFL quarterback Michael Vick’s dog fighting operation in 2007 and eventually made her way to the Best Friends Animal Society in Utah. The blonde pup lived a life of luxury since her rescue, until last week: She had to be euthanized after an illness.

“Ellen’s health is failing,” Best Friends veterinarian Dr. Patti Patterson told the Society’s blog shortly before they made the painful decision to put her to sleep. “Although we do not know the cause of her illness and deterioration, we have exhausted all diagnostic and treatment efforts that we feel could help Ellen.”

Despite her hard life, Best Friends staff said she was a sweet, gentle dog and loved the attention lavished on her. She had every right to be a mean, vicious creature: Vick’s dogs were savagely beaten and torn up in the brutal fights.

“I’ve never had a dog who was so affectionate,” caregiver Maddie Haydon told the blog, adding that her nickname was “Ellie Belly” for her love of belly rubs. It takes a lot for abused dogs to trust people enough to let them scratch their bellies. Not for Ellen, though.

“She bonded with everyone she met,” Haydon added. She — along with the other Vick dogs — wasn’t allowed to interact with visitors per orders from the court. The order was lifted in May and Ellen was finally able to meet visitors face-to-face and, of course, she loved the attention.

“The impact that it had on our visitors, tours and guests was visible,” Best Friends’ Tom Williams said. “You could see those people were touched.”

“You could just see them change their perception,” he added. “She went a long way toward helping not only the Vick dogs that are here, but pit bulls in general. She helped to dispel the myths about them.”

Vick spent two years in prison for running the ring — and he’s still on probation until next month. After that, he can again own dogs. It sounds like he wants to get some, too.

“I miss dogs, man,” he told GQ in 2011. “I always had a family pet, always had a dog growing up. It was almost equivalent to the prison sentence, having something taken away from me for three years. I want a dog just for the sake of my kids, but also me. I miss my companions.”

We like to think people can be rehabilitated — and it seems like he’s sorry, but we’re not sure he needs another chance to own pets.

Does Michael Vick deserve another chance to own dogs?