Michael Bay has agreed to return to the Transformers franchise for a fourth film, which he swears will be his last. What does he have planned for his swan song? 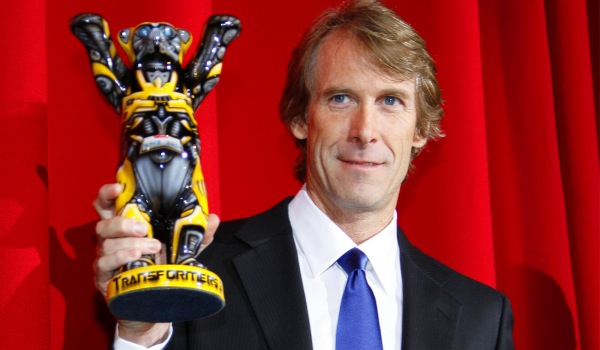 Back when Shia LaBeouf and Michael Bay were working the publicity circuit on behalf of Transformers: Dark of the Moon, they each told anyone who would listen that the third installment in the massively successful franchise would be their last go-around.

One of them was lying.

Bay has since recanted, and is planning a return to the Transformers franchise for a fourth chapter. Recently, the director stopped by Universal Studios Hollywood to test drive the amusement park’s new Transformers: The Ride – 3D exhibit. But he stopped long enough to tell the L.A. Times a few ideas he has for the sequel.

First and foremost, it will not be a reboot of the series, even though he likely will recast the entire franchise (sorry, Shia).

“It’s a new cast,” Bay tells the paper. “We’ve moving on to something different.

“It’s not a reboot, that’s maybe the wrong word,” Bay continues. “I don’t want to say reboot because then people will think we’re doing a Spider-Man and starting from the beginning. We’re not. We’re taking the story that you’ve seen — the story we’ve told in three movies already — and we’re taking it in a new direction. But we’re leaving those three as the history. It all still counts. I met with the writer before I went off to do ‘Pain and Gain’ and we talked about a bunch of ideas. We let that simmer for a bit. He’s been thinking about stuff and now we’re getting back together next week to see what we’ve got and to see if it gels.”

To prove how different, Bay hinted that the story could shift from Earth to outer space.

“That feels like the way to go, doesn’t it? I want to go a little off but I don’t want to go too sci-fi. I still want to keep it grounded. That’s what works in these movies, that’s what makes it accessible,” he said.