Former reality star — and full-time jerk — Jon Gosselin is apologizing to his ex-wife for everything he’s done wrong. The problem? He did it via a magazine article, not to her face. Typical. 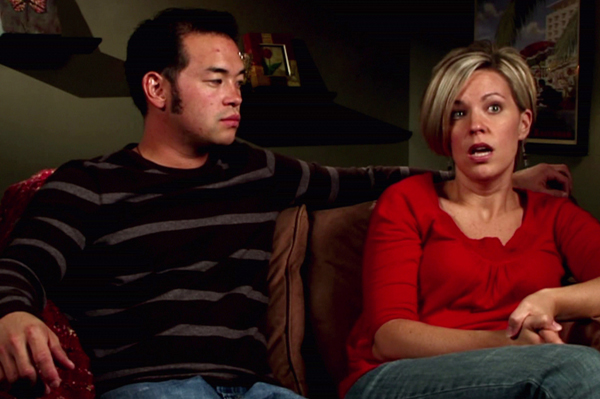 Jon Gosselin’s activities over the past few years can be described as the following: Cigarettes, Ed Hardy t-shirts and trashy girlfriends. Now, the former reality star has crashed down to earth and is working a regular job and going to therapy.

One of the benefits of that therapy? He’s realized what a jerk he was to his now-ex, Kate Gosselin. He’s apologizing now, but he wants publicity for it. The father of eight sat down with People to talk about his life and how he’s changed.

“I am sorry, because I did stuff I wouldn’t want done to me,” he told the magazine, referring to the constant stream of younger girlfriends he paraded around the tabloids in the months after his split from Kate.

The reason for their divorce? According to Jon, he was too much over a pushover for his Type-A wife.

“I was passive-aggressive,” he said. “Then I’d get mad, but I was the one who wasn’t communicating.”

The 35-year-old moved back to Pennsylvania last year after spending a bunch of cash living in New York and other locales around the country. He’s now working as a sales and marketing director for Gameface Int. and is dating a 27-year-old single mom. Why such a 180-degree turn from his jet-set former life? He realized that he was selling out.

“I used to talk to Rabbi Shmuley Boteach (Michael Jackson’s rabbi) a lot when I lived in New York,” he told People. “He said, ‘There are two things you can do with your fame — sell out or take it and use it for good.’ I didn’t grasp that at the time.”

Now, he’d rather be living a normal life than be a reality television mainstay.

“I’ve been offered a lot of stuff,” he said. “Crazy stuff. It wasn’t the right fit, then or now. I don’t want [my kids] thinking I take every show just to make a buck.”

As for him and Kate? They’re good.

“He basically lives his life and I live mine. It’s more peaceful,” she said in February. “Possibly he’s working now and so he feels like he’s living a regular life again and maybe a little happier with himself, so that boils down to peace between us. The kids are now okay going there.

“I feel like he’s trying again. That’s good,” she added. “The bottom line is the kids come home basically happy and that’s all that matters.”

We hope that he’s actually apologized to Kate’s face-to-face — and vice versa — but we’re not betting on it. It is nice not to hear about him every two seconds, though.

Do you think Jon Gosselin is sincere in his apology to Kate Gosselin?