Chyler Leigh has one word in particular to describe what it was like to film her Grey’s Anatomy character’s death. The actress reveals the chilling details of the season finale’s shoot, as well as what she hopes is in her acting future! 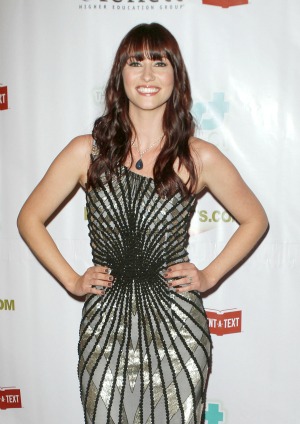 Chyler Leigh bid Lexi Grey adieu on the season finale of Grey’s Anatomy. What was the experience of playing someone trapped under plane wreckage like? The 30-year-old gives fans some chilly insight.

“It was cold,” Chyler Leigh told TVGuide.com, summarizing her experience of Lexi Grey’s post-plane-crash death into a single word. “We were up at Big Bear and at one point it had snowed. Then it would rain and be sunny and hot.”

Fun fact: Lexi Grey’s passing was a new experience for Chyler Leigh as an actress.

“I never died before [on camera]. That sounds funny saying that,” she continued. “I think everyone has an emotional wellspring and that happened to be a moment where I was sprung.”

During the shoot, in which onscreen emotions ran high, with Lexi saying goodbye to on/off love interest Dr. McSteamy, Chyler Leigh was mostly confined to Lexi’s trapped position under the plane.

“Everybody was very accommodating — the crew, cast. And I opted to stay underneath [the wreckage] for the most part over two days rather than trying to get in and out,” she explained.

Despite the many scenes Lexi had taken part in over the years, the death bit holds a special place in Leigh’s heart. The mother of three added, “Ironically, I think [I’m most proud of] her death. It really was a chance for me to be able to go from the beginning of the character to the end.”

Up next for the rising star? Hopefully something lighthearted!

“I’m always down to do a sitcom,” she said hopefully. “I did That 80’s Show back in the day and that was a really great experience. I think comedy would be good for a while,”

Are you sad to see Chyler Leigh leaving Grey’s Anatomy?