When you think of the President of the United States, who comes to mind? Barack Obama? Morgan Freeman? Martin Sheen? How about Charlie Sheen? For his latest film, the Hollywood bad boy has been cast as the U.S. commander in chief. 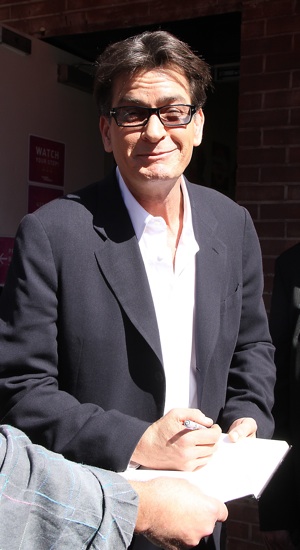 Robert Rodriguez just made Charlie Sheen the ruler of the free world. The director has announced that the Anger Management star has joined the cast of his sequel, Machete Kills.

Sheen will take on a role he was born to play — President of the United States.

Thursday, Rodriguez went on Twitter to make his big announcement. He wrote, “I just cast Charlie Sheen in #machetekills as the President of the United States! Who better? More soon…”

His declaration was retweeted by Sheen himself, and according to The Hollywood Reporter, the actor’s rep confirms the casting. We shouldn’t be too shocked by Rodriguez’s decision to put Sheen in this role.

In a way, the actor will be following in the footsteps of his father, Martin, who played President Bartlet on The West Wing. Obviously, it runs in the family.

How did Dave Chappelle get Charlie Sheen fired? >>

Machete Kills is the follow-up to the 2010 Grindhouse spin-off starring Danny Trejo as the title character. Machete is a folk hero and vigilante known for his expert usage of knives, specifically, machetes.

The sequel has “Machete being called upon by the U.S. government to stop a cartel leader and an arms dealer who have a weapon in space.” We assume Sheen will be the one commissioning Machete’s services.

The rest of the cast includes Jessica Alba (who appeared in the previous film), Mel Gibson, Amber Heard, Sofia Vergara and Zoe Saldana.

What do you think of Sheen’s presidential casting?