Lance Armstrong is running out of time to formally respond to doping allegations that, if true, could ban him from the sport in which he won seven Tour de France titles. Everything’s on the line for the 40-year-old, who witnesses claim openly used or talked about using drugs to get a competitive edge. 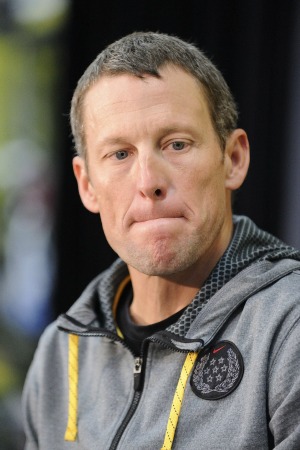 The world is watching how Lance Armstrong will respond to the group that last week officially brought charges that the cyclist used drugs to win races.

The U.S. Anti-Doping Agency gave the seven-time Tour de France winner a Friday, June 22, deadline to file a written response to the charges, which go back to 1995.

The agency, recognized by Congress and likened to an “anti-doping police force,” contends it has 10 former teammates who are willing to speak out against Armstrong.

According to the USADA, these witnesses either saw or heard Armstrong talk about the drugs in question, which include blood boosters, steroids, and “other improper performance enhancers.”

As a violation of sports competition rules, if found guilty, these charges would result in Armstrong being stripped of the Tour de France titles he won between 1999 to 2005. It also could result in a lifetime ban from the sport that has made the 40-year-old Texan a household name.

But the Associated Press also contends that his reputation as a “cancer-fighting” hero is on the line. We can’t forget in recent years all the good works that have been done by Livestrong, the foundation so closely related with the cancer-surviving cyclist.

AP reports that fans worldwide who follow Armstrong because of his work in raising millions to fight cancer aren’t caught up in the sports doping stuff. Fans contend that it’s the cheating — if found to be legit and not just rumors — that gets to them.

He could become a fallen hero.

Armstrong has already responded, albeit “unofficially,” to these most recent charges.

Two days after the USADA sent written notice to Team Lance, he reminded the world that these are the “same charges” and the “same witnesses” that the Justice Department decided not to pursue after a two-year investigation.

Armstrong also claims the USADA is singling him out, despite the agency’s assertion that the drug use is a far-reaching and rampant problem, according to the athlete.

“I have never doped, and, unlike many of my accusers, I have competed as an endurance athlete for 25 years with no spike in performance, passed more than 500 drug tests and never failed one,” he went on to say. “Any fair consideration of these allegations has and will continue to vindicate me.”

In recent years, Armstrong has garnered respectable times in the marathon and competed in triathlons outside of his “sport of choice.”

These most recent USADA allegations also ban Armstrong from competing in any upcoming Ironman events, as he had originally planned.