Lydia Netzer’s debut, Shine Shine Shine (in stores July 17), is a novel that really, well, shines. A woman trying to find her true self, her husband trying to not be permanently lost in space. Lydia talks with SheKnows about home schooling, song writing, and her fun and quirky novel. 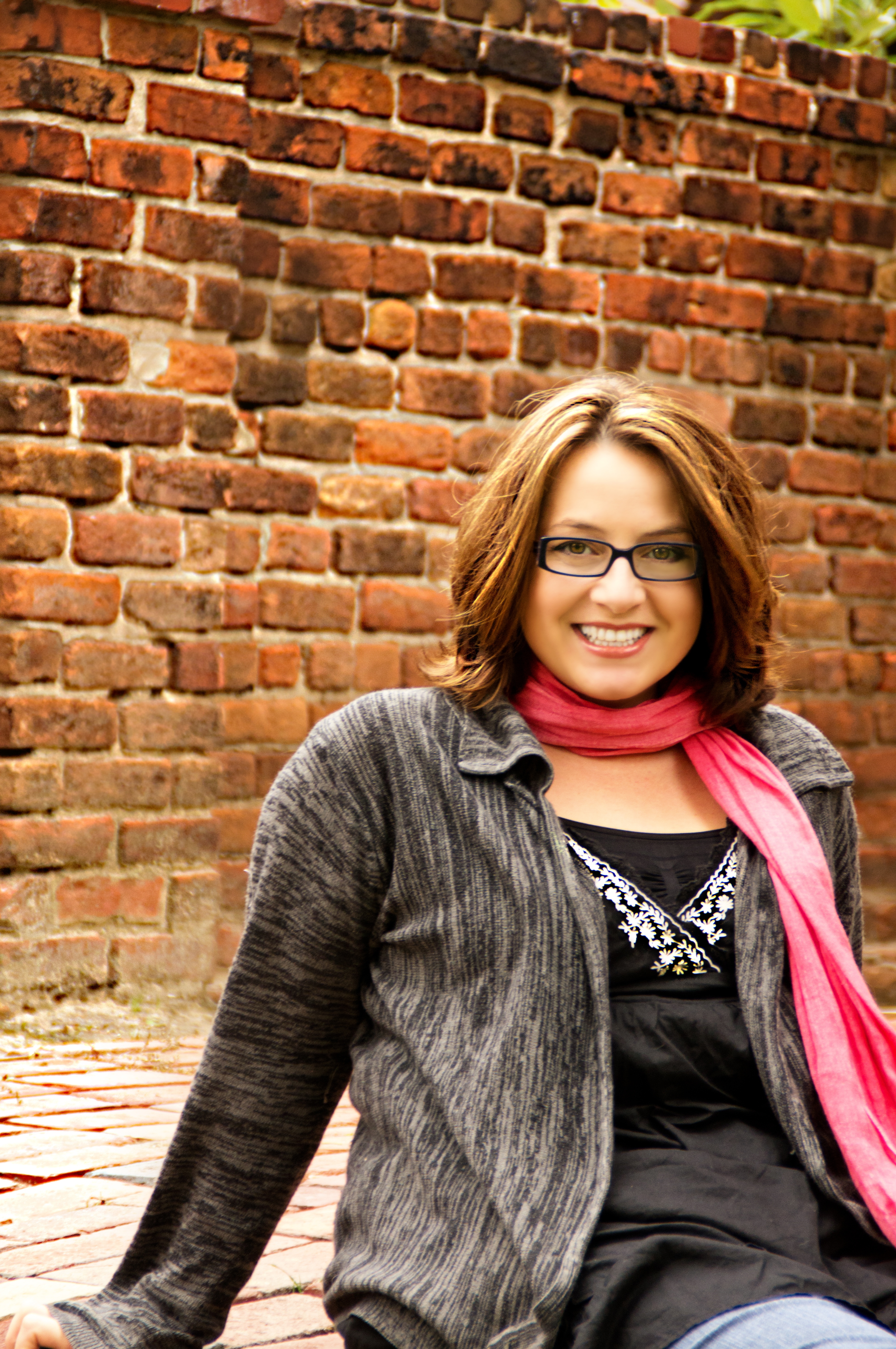 SheKnows: You’re active on Twitter and thus used to quick, pithy thoughts, but Shine Shine Shine is so complex. Can you summarize it in just 140 characters?

Perfect mothers are not perfect. Strange husbands are not the problem. Robots keep you alive without asking if you want to live. Sex. Death.

I think that covers it!

SheKnows: Your main character, Sunny, is unlike any other character we’ve read before. Can you tell us where you got your inspiration for Sunny and all of her messy glory?

Lydia Netzer: In a way, Sunny is very specific: born during an eclipse, raised in Burma, bald and the daughter of such a strong, merciless lady. But Sunny is best defined in her transformation from this unique individual to a bland cookie-cutter housewife. Sunny is every woman who has ever felt the need to reinvent herself when she was changing roles: a new mom who suddenly feels compelled to make quilts or bake bread, a new employee who believes all her favorite clothes are now wrong, a new wife who wonders if she should sit in the passenger seat from now on. She sees herself differently through the lens of motherhood, and suddenly everything about her that was interesting is now weird, everything about her that was specific now has to be annihilated. Everyone goes through those transitions, those reinventions, and that was what inspired the character.

Lydia Netzer: There is a song by the band Carbon Leaf called “Shine.” In the chorus is a lyric that says, “It’s time to shine, shine, shine!” That’s literally where the title came from, and there are lots more pieces of that song that had me pumping my fist and singing along as I was writing this book. It’s a great song! Figuratively, it came from a scene in the book where Sunny and Maxon are in a planetarium, and Maxon imagines drawing a star map onto Sunny’s scalp with a marker. She asks him how the star map on her head would work as a projector, and he says, “You would just shine.” It may be super corny, but in Maxon’s mind, that’s how he sees her. And that’s why the title really took hold.

SheKnows: You home-school your two children. How do you balance school time with writing?

Lydia Netzer: I generally write in binges, where I take a few days or several weeks and prioritize writing. During this time, school gets pushed down on the list. We home-school all through the year, and we spread out our down time to accommodate stuff like big trips or special events or my writing binges. So I don’t know if balance is really the right word to use, unless by balance I mean that sometimes I’m buried in the novel and can’t remember my kids’ names, and sometimes I don’t write for weeks at a time because we’re in the middle of recital season or we’re studying for a Latin exam. I also write when the kids are in bed for the night or before they get up in the morning. It takes me a really long time to write books this way. I’m sure other people could write them much more quickly, even with the home schooling, because I also have to medicate my brain with stupid TV, gardening, and staring endlessly at birds and squirrels. And wandering around in my husband’s office, picking things up and putting them down.

SheKnows: In addition to being a novelist, you’re also a guitar player and song writer. How does writing a book compare with writing a song? Do you have similar processes, or are they totally different?

Lydia Netzer: Writing songs is a lot easier, because songs can make perfect sense and be much more tidy and predictable than novels, which have to be rather mysterious and difficult. Or songs can make absolutely no sense, and be messy and random. Both of those modes are acceptable song-writing styles — neither is acceptable for novels. My song “Robots,” which is on the audiobook CD, is a very tidy, silly song about how great robots are. I wrote it because my kid suggested I “write a song about robots.” That was the only impetus. My song “Bad Machine,” which is on the audiobook CD, makes almost no sense except in the most random, word association, impressionistic kind of way. There’s a rail station for no reason, something happens at a quarter to twelve just because rhythmically the phrase “a quarter to twelve” sounded good — I could never get away with that kind of nonsense in a novel! I love to write songs because the format is predictable. There’s also a clearly defined sense of “done” when they’re done — verse verse chorus verse chorus middle eight chorus chorus DONE. Novels have awful things like intersecting timelines and multiple-point-of-view characters, and they’re usually expected to have meatier themes than “robots are good” or “then again robots might be bad.” 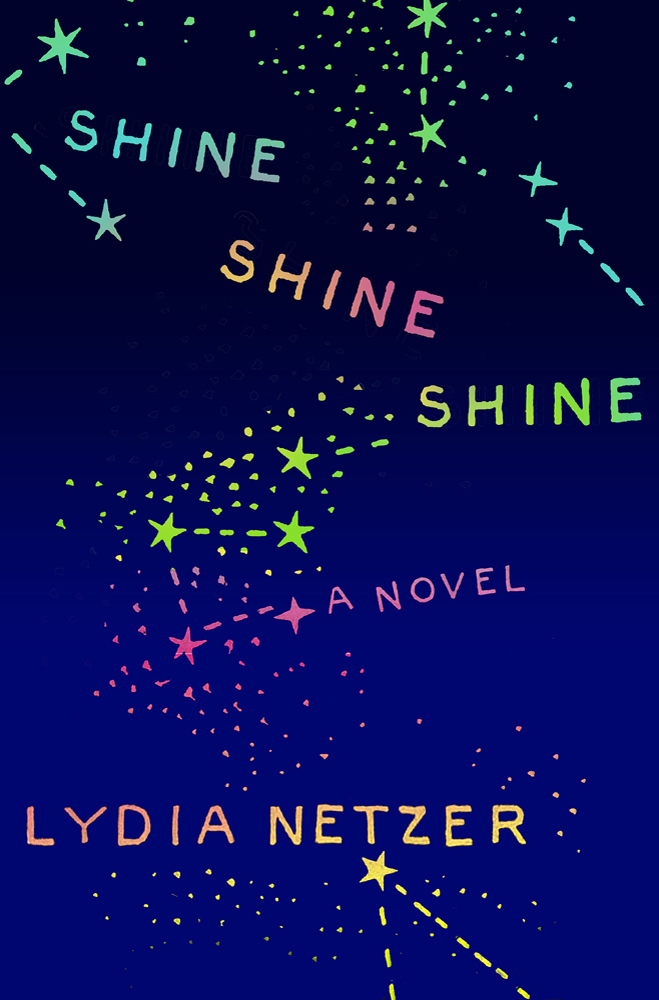 SheKnows: Shine Shine Shine is on the Amazon.com Editor’s Picks list and is being recognized as stellar many other places as well (including here!). What is this sort of reaction like as a debut writer?

Lydia Netzer: It’s nuts! I’m so grateful and honored and overwhelmed and amazed by what’s happened. It’s funny watching different friends react to different things, though. When Shine Shine Shine was chosen as a SIBA Okra Pick, some of my friends were over the moon with excitement, and others wondered if I had written a vegetable. More people started to take an interest when it got picked by Amazon as a Spotlight Book in the Best Books of the Month for July, and there were some cynical holdouts (cough — my husband — cough) who were only really excited when the Wall Street Journal mentioned me as a pick for summer reading. So it was interesting seeing how the demographics of different review venues and publications were reflected in the population of my friends!

SheKnows: What books are on your nightstand?

Lydia Netzer: I’ve just finished reading Heading Out to Wonderful by Robert Goolrick, Monarch Beach by Anita Hughes and The Cove by Ron Rash. Currently I’m reading The Flame Alphabet by Ben Marcus, Faith Bass Darling’s Last Garage Sale by Lynda Rutledge, and an ARC of The Unfinished Garden by Barbara Claypole White. I like to have multiple books going at once, because I have different needs for a porch book, a purse book, a bedtime book, a pool book, etc. If we’re talking the actual nightstand — there’s nothing on it, because I haven’t got one. I think the book that’s geographically nearest my bed right now is The Leftovers by Tom Perrotta.

SheKnows: Your author bio mentions a second novel in the works. Is there anything you can tell us about this now?

Lydia Netzer: It will be a love story with a smattering of science, a struggle between fate and determination, black hole accretion disks, a modern pantheon of gods, lucid dreaming, a ziggurat and a brain tumor. I’ve been working on it since 2003, in between drafts of Shine Shine Shine — there are definite similarities between the two books, but my new main characters, George and Irene, are nothing like Sunny and Maxon. I’m working now on what I hope is the final draft of their story and can’t wait to bring them into the world!