Even Ann Curry knows that her mornings on The Today Show may soon be no more, but did you know she has spoken about the possibility of being replaced before? Check out these telling Curry quotes! 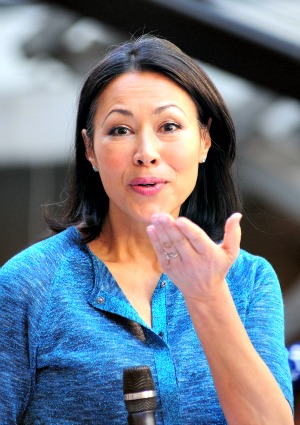 Is Ann Curry preparing to kiss her gig at The Today Show goodbye? With the web lit up by rumors that the news anchor is either leaving or possibly being replaced, we turn back the time to revisit some telling words published last fall.

Speaking to Ladies Home Journal for their August 2011 cover story, Ann Curry said, “You worry, ‘Am I not good enough? Am I not what people need? Am I asking the right questions?’ When people say negative things or speculate, you can’t help but feel hurt.”

Word broke on Wednesday that the morning show, whose ratings have been struggling in recent months, had begun looking for Ann Curry’s replacement. Mediadecoder reported that the station isn’t wasting any time either, aiming to have a newbie in place before 2012 Olympic coverage will commence.

In the same Ladies Home Journal interview, Ann Curry said, “I’ve been at Today for 15 years and I’d love to make it to 20.”

In addition, if Ann Curry’s own personal Twitter description can be taken as a clue into her frame of mind, she won’t be giving up her spot on The Today Show too easily. The bio section of @AnnCurry reads, “Journalism is an act of faith in the future.”

The rest of the Twitterverse seems to be split over whether Ann Curry should stay or go, however.

“Congratulations to NBC on being the last people to realize that AnnCurry is not a good reporter,” tweeted one user Thursday, while one popular tweet on the news anchor’s side reads, “I happen to love Ann Curry. I guess I am in the minority. I don’t think she’s the problem, Today going all Entertainment Tonight is.”

Would you prefer to see Ann Curry stay or go from The Today Show?