An MC who works for Drake said everyone in the club was to blame for the fight, not just Drake or Chris Brown. 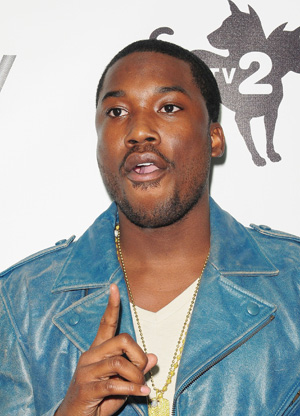 One little fight, and so many stories.

People who were near the bar brawl last week between Drake and Chris Brown are still coming forward, and now some may even benefit from it.

Meek Mill, an MC who has also been romantically linked to Rihanna, said that neither Drake nor Chris Brown were to blame for the brawl.

“I never seen Chris Brown or Drake throw a bottle, and I was there,” Meek said, according to the LA Times. “Chris and Drake, them two was there, but it’s other people that be around that take… it to the next level.

He went on to say that many in the club were involved and it wasn’t just a fight between the two men.

“Things just happen in the club. I seen girls in there throwing bottles… All types of people,” he said.

Mill also explained that they wouldn’t have fought because there was no bad blood between them.

“What [Brown] tweeted was just that me and Meek Mill ain’t got no problem,” he said, according to the LA Times. “I talked to him immediately after that, on the phone afterwards, like immediately, like, ‘There’s nothing there, this-that-and-the-third.’ Chris Brown be in clubs. He be around situations like this. Things get out of hand that don’t mean it’s out of hand with me and him or whoever, not even him and Drake.”

At least one partygoer has threatened to sue over the incident.

“Your client instigated a brawl with Mr. Chris Brown. [Drake’s] actions were reckless and negligent in inflaming a violent mob,” read the alleged victim’s accusation, according to TMZ. My client personally observed several members of [Drake’s] entourage throwing bottles of champagne with reckless and criminal disregard of the well-being of the innocent bystanders.”

The club has since been shut down.

Meek is currently on tour with Drake, but after he gained popularity from the incident, he also set his own tour dates.

The dates include shows in Portland, Seattle and Los Angeles.

Meek Mill’s debut album Dreams & Nightmares will be out Aug. 28.